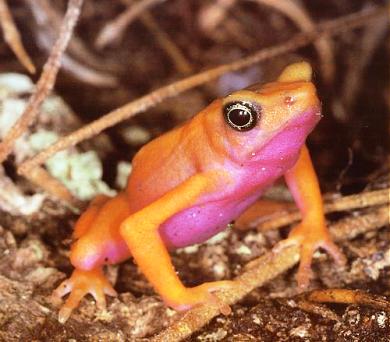 Fundación EcoAndina of Colombia, which represents the Colombia Program of the Wildlife Conservation Society, has a "Program on Endangered Species" that focuses on studying the habitat and resource requirements, habitat availability, and population status for threatened species in the Central Andes and the Cauca Valley watershed of Colombia. This region is a hotspot of biodiversity and endemism of global significance. Unfortunately, it is also a region of dense human occupation, which has resulted in fragmentation of cloud forest habitats. With the support of the Nando Peretti Foundation, Fundaciòn EcoAndina is concentrating its efforts on the Cauca guan (Penelope perspicax; family Cracidae), a large, fruit-eating, galliform bird with a geographic range restricted to mid-elevation (1200-2000 m) cloud forest in the middle Cauca Valley. This is one of the most endangered species in the region; up to the mid 1980's it was considered probably extinct, but presently populations are known to survive in four cloud forest fragments. These populations are isolated and are probably very small, but F. E. A. lacks precise estimates of population densities and habitat requirements. This information is critical for predicting their probability of survival. Currently F. E. A. is conducting a very detailed study of the ecology of the Cauca guan at the Otún-Quimbaya Flora and Fauna Sanctuary, which harbors one of the surviving populations. This sanctuary is a watershed protection area, with a mosaic of habitat types that include old-forest remnants and secondary forest that has been restored during the last 40 years. The Foundation is determining the seasonal patterns of use of the different habitat types, determining the resources that guans use in each habitat, and estimating population densities by doing very intense sampling. F. E. A. is also mapping habitat availability for the guan in the Cauca Valley and doing a landscape analysis to explore possibilities of connecting some forest fragments to increase the probabilities of survival of guan populations. 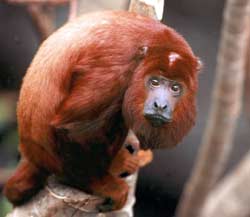 think global, act local
ABOUT US| CONTACT US| LOGIN| PRIVACY| LOGOS
you are here: Home  > Projects:  Environmental conservation or South America  (or Both)  > 2002-04  > Project Description