A Music Workshop as a Research Laboratory for Williams Syndrome 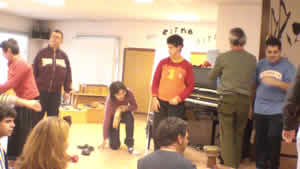 Starting with the assumption that WS children possess a highly developed music aptitude, this Research Project will attempt to document this aptitude and then attempt to improve their learning ability through music.
Starting with a study group of ten individuals having WS, from four to thirty three years of age, the Research Project will try to verify the existence of a compensating mechanism, evident but not yet investigated in all cognitive disabilities, while showing how the development of musical skills will bring an improvement of other skills, essential for a better quality of life, especially in children with learning disabilities.

The Research Team will include two music therapists, two experts in the teaching of music and one psychologist, who will work with the study group once a week, individually and in a group. The sessions will be recorded in writing and videotaped, and once a month the team will meet to evaluate the findings.

It is expected that the study group will experience increases in their self esteem, their capacity to verbalize, their attention span and concentration power, and will develop a better capacity for memorization. If possible, the Research Team will develop a protocol to be used in teaching facilities. 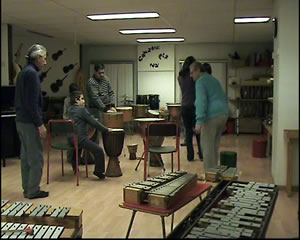 The final findings of the Research Project will be published and include an interventional methodology to be developed for the purpose of establishing an Interventional Protocol. Such protocol could be extended, with the proper modifications, to other genetic pathologies which present a similar pattern of learning disabilities.

think global, act local
ABOUT US| CONTACT US| LOGIN| PRIVACY| LOGOS
you are here: Home  > Projects:  Medical research or Europe  (or Both)  > 2007-23  > Project Description