Circulating tumor cells (CTC) are cells derived from a tumor mass and can be found in the blood. These represent a field of research increasingly interesting and promising. 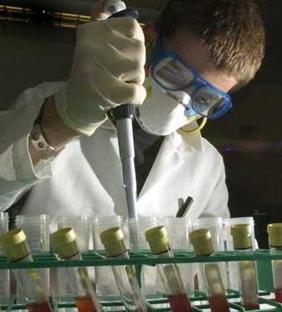 Over the past two years the European Institute of Oncology (IEO), the research institution that has earmarked a scholarship for this project, has worked actively in this area and made a first study on patients with metastatic breast cancer. The Institute examined the negative prognostic role of the presence of circulating tumor cells (CTC patients have a more rapid development of the disease), and a strong predictor role of response to treatment administered (the early changes in the levels of circulating CTC are associated the response to therapy). These data are very important because they allow, once transferred into clinical practice, to treat patients properly on the basis of research of CTC.

The aim of this project is to see whether in early stages of cancer it is possible to find cancer cells in blood circulation and if their presence can be associated with the pathological features of the tumor and the evolution of the disease during subsequent inspections. In particular, this information may allow selection of patients with a less aggressive disease from patients with a more aggressive disease and differentiate therapies. In fact, although the biological and pathological characteristics determined by the histological examination of surgery already provide important information on the type of illness that one is facing, the presence or absence of the CTC could help to better define the type of treatment, since the CTC are the expression of hematic tumor spread.

The project aims at studying 50 patients a year for a total of 3 years of investigation, suffering from breast cancer who are surgery candidates at the Division of Thoracic Surgery at IEO. A blood sample will be taken from these patients to determine the CTC, according to the following time frame:
- A sample before surgery;
- A sample within 24 hours the surgery;
- A sample after 4 weeks, to be carried out only when one of the two previous samples reveals the presence of cancer cells;
- A sample at each clinical and instrumental revaluation during the follow up;
- A sample in case of progression of the disease.
To search for CTCs a technology (CellSearch System, Veridex, Johnson & Johnson) will be used that standardizes the process of separation and identification of CTCs by means of antibodies. The system allows viewing CTCs to confirm their actual tumoral origin.

think global, act local
ABOUT US| CONTACT US| LOGIN| PRIVACY| LOGOS
you are here: Home  > Projects:  Medical research or Europe  (or Both)  > 2009-13  > Project Description