A Nest for Eleonora's Falcon. Practical Actions for Conservation in the Aeolien Archipelago

Eleonora's Falcon (Falco eleonorae) is named after Eleonora d'Arborea, a 14th century Sardinian judge who composed a body of laws (Carta de Logu) that included an article that forbade the hunting of adult falcons and the collection of their nestlings. It is a small, trans-Saharan migratory raptor (wintering in Madagascar) and is thought to be undergoing a global population decline (SPEC 2, BirdLife International 2004). In Italy, it breeds mostly on coastal cliffs on small islands off Sicily and Sardinia. It hunts migratory passerines along these cliffs. Italy hosts the second-largest population of Eleonora's Falcon in the world (over 638-704 pairs) (Gustin et al. 2006, Spina & Leonardi, eds 2007) and thus bears great responsibility for its conservation. In Italy, one of the main threats is disturbance of breeding sites in summer. Additionally, there is little awareness among local populations of the importance of Eleonora's Falcon colonies, which also negatively impacts the species' conservation.
One of the five main populations of Eleonora's Falcon in Italy breeds in Sicily's Aeolian archipelago. Breeding colonies are located on coastal cliffs on the main Aeolian islands (Salina, Panarea, Alicudi, and Filicudi) and range in size from a few tens of pairs to over 40 in Alicudi.
Trends over the last ten years highlight a worrying conservation status for Eleonora's Falcon colonies in the Aeolian archipelago (Tab. 1). The number of pairs counted over the last ten years has dropped by over 30%. The Salina colony has shown the steepest decline - having been reduced by half over the last 10-15 years - while the Filicudi colony was also reduced by over 30%, a particularly worrying development since in the past it was one of the largest in Sicily.
The source of disturbance that most negatively affects the colonies is human disturbance caused by high tourism flows to the area. Every summer, hundreds of motor boats, personal water craft, swimmers, and scuba divers file past and stop underneath the breeding cliffs, alarming all of the breeding pairs, which are forced to expand great amounts of energy on mobbing and spend too much time away from the nest even when incubating eggs or caring for newly-hatched chicks.
The result is reduced breeding success.

Tab. 1. Number of pairs estimated in Aeolian island colonies in 1998-2005 and 2007-2009.The direct conservation action includes one specific interventions :
• Implementation of breeding knowledge of Sicily's population through monitoring each colony on the Aeolian islands (especially those whose conservation status is most at risk (Salina, Alicudi, and Filicudi) and Pelagian islands.

The actions proposed are thus as follows:

Monitoring of Eleonora's Falcon nests:
During the 2012 breeding season all known Eleonora's Falcon colonies in the Aeolian and Pelagian islands will be surveyed.
Due to the different geo-morphological characteristics of the colonies to be surveyed, several different research methodologies need to be used:
i) land-based census from strategic observation points providing a good view of the nesting cliffs without disturbing the colony; ii) sea-based census using small motor boats to reach the nesting cliffs, and circumnavigation of each island in order to identify potentially suitable nesting sites.
Field work will be carried out in July-August, September, and October, spanning the breeding cycle of the Eleonora's Falcon. The first visit will take place during the incubation period, in order to count the active nests or estimate the number of breeding pairs during a direct census; a follow-up visit will focus on the number of young fledged. In cases in which counting all the active nests should prove impossible (because of the morphology of the nesting cliff, the distribution of nesting colonies on the island, etc.), estimates of breeding pairs will be based on the number of adults simultaneously observed in flight at the colony or near the breeding cliffs. Fledged juveniles will be estimated based on the number of juveniles simultaneously observed in flight.
During the surveys, data on the following variables will be collected:
A) Number of breeding pairs, either counted directly when possible, or estimated as carefully as possible;
B) Number of fledged juveniles: breeding success is defined as the ratio of fledged juveniles to minimum estimated number of breeding pairs per site; colony productivity is defined as the maximum number of juveniles/maximum number of pairs estimated per site;
C) Measurements of variables that can potentially influence the health of the colony and lead to changes in the number of breeding pairs, breeding success, productivity, colony displacement, etc.
All surveys will be carried out using optical instruments: Swarovski EL 10x 42 Binoculars.

The anticipated achievements or outcomes of this project, which received a grant from the Nando Peretti Foundation, are:

Indicators of success: 100% of nests monitored (2012) in all colonies and information on breeding success. 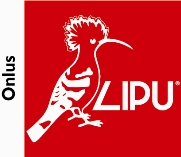 think global, act local
ABOUT US| CONTACT US| LOGIN| PRIVACY| LOGOS
you are here: Home  > Projects:  Environmental conservation or Europe  (or Both)  > 2011-38  > Project Description