Since 1984, the centre has organized a homeless shelter which allows the homeless to take care of themselves with the shower service. It now welcomes around 150 people per day. Some of them shower, the others can shave, eat, and talk with the volunteers about possibilities to improve their conditions. The centre is open from Monday to Friday. The showers have just been restructured with the support of the Waldensian Church in Rome. With the help of the Charlemagne foundation the centre sustains the expenses of the centre. The support used to be enough also for laundry and clothes expenses, but due to the increase of the number of the homeless, it no longer is sufficient.
Besides, the association owns the "Casa Luciana" since 1989, which welcomes mothers and children who are in need.

The boiler was bought in 1994, it has been repaired several times, but it keeps losing water and not working properly. Therefore the showering service cannot work properly.
The laundry and clothes expenditures are very high, and they keep growing steadily, due to the increase of the number of homeless visiting the centre.

The Nando Peretti Foundation has awarded a grant for this project in order to increase the efficiency of the services that our association can provide to the homeless. 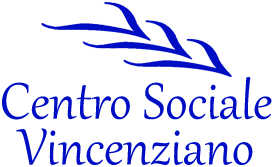