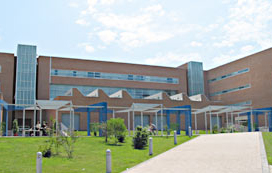 English is, nowadays, the international lingua franca, whatever the domain. People of the most diverse cultures and mother-tongue communicate with other people from different countries in English.

Knowledge of English is essential in all sectors which are most exposed to the winds of globalization. Among them lawyers throughout the world speak, read, write and communicate among themselves in English, whether in the practice of transnational relations or in academic discussions.

Italian lawyers are at a disadvantage in this context: Italian is a very rich language which offers some of the most precious treasures to world literature (e.g. Dante). This important heritage inevitably slows down the process of acquiring the knowledge of a second language. Not surprisingly two of the European Countries which present a grandiose linguistic patrimony (France and Italy) are among those in which the knowledge of a second language is lowest.

Law students and graduates who wish to use English for their studies and their profession must go abroad, often in countries that do not belong to the anglo-saxon world (e.g. the Netherlands or Malta) to follow classes or courses in English. Only rarely these classes or courses concern Anglo-American legal topics. Much more frequently they are on various aspects of EU or trans-national law.

The Project aims at offering to the more motivated law students - Italy is surely not lacking in them - an opportunity to acquire skills in legal English through classes entirely taught in English.

Teaching and learning in English is not only a linguistical issue. It  also has deep substantial implications. Not only the English legal terminology is  extremely different from that used in continental legal systems (and languages), but also the conciseness of English and the pragmatic mentality that is behind it bring along a different way of presentation of the different topics and different teaching methods.

From the academic year 2006-07, the teaching of a foreign legal language becomes compulsory in all Italian law faculties. In the past years the Roma Tre law faculty has been offering courses in legal English to a limited and selected number of students. The Project aims at enhancing the knowledge of legal English through a practical approach, i.e. learning a subject and at the same time practising one's linguistical skills.

The Project has a four year span. In the first year five courses will be held entirely in English.

The courses will be held by tenured professors of the Faculty who have a wide experience in teaching in English in foreign academic institutions. The students will be presented with cases and materials in English on which to study. Final exams will be in Italian or English.

In the following years the courses will be increased in such a way as to offer to the students the possibility of following  the last two years of their studies mostly in English and, eventually, preparing a bilingual dissertation. 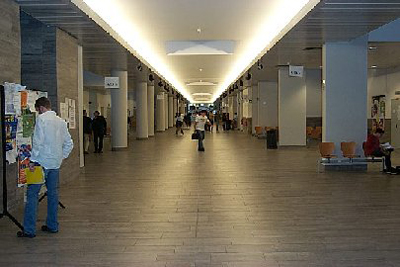 The financial contribution to the Project will be devoted to:

advanced courses in legal English, parallel to the courses from the curricula

encouraging faculty professor to hold their courses in English

selecting and preparing the materials for the lessons, which will be handed out at the beginning of the courses, or made available on-line

inviting visiting foreign professor to hold seminars within the courses.

The Project -financed by the Nando Peretti Foundation - shall be constantly monitored and evaluated. During and at the end of first year the results will be evaluated by a panel of independent auditors, who will present a report that will be the basis of the renewal of the financial  contribution for the following year. The report will also indicate the changes and the improvements that must be taken by the Faculty in order to obtain the further financial contributions.

Some information about the Roma Tre Law Faculty:

Admission is limited to 1200 students per year selected on the basis of a test. Applications are generally around 1800 per year.

Roma Tre Law faculty ranked third among over 40 Italian Law Faculties in the 2005 Censis survey. Among the other roman Law faculties it out- ranked both Roma "Tor Vergata" (9th) and the historical Roma "La Sapienza" (32th).

Roma Tre Law faculty students expressed a high valuation of their courses (anonymous questionnaires are collected at the end of each course).

think global, act local
ABOUT US| CONTACT US| LOGIN| PRIVACY| LOGOS
you are here: Home  > Projects:  Educational or Europe  (or Both)  > 2006-14  > Project Description