Felcetone's breeding approach is to abide by its animals. Their pigs are not kept indoor like in the intensive livestock system, but they live outdoors, in a free-range system, with the chance of socializing and to express their natural behavior.

Animals raised in extensive and semi extensive way, as evidenced by the experience of the "Felcetone" farm, respond to the stress-related phenomena associated with the capture, transport and containment of slaughter, more seriously and more markedly than what happens in animals reared in intensive matter, where the animals have an habituation to humans handling.

During the stages preceding slaughter, the animal, although bred in contact with humans, undergoes well-known stressful situations; psychological stress is due to the strong modification of "everyday life": changes in the environment, social disorders and manipulation; physical stress is due to food deprivation, climatic conditions, fatigue, and sometimes pain. The causes that induce stress depend mostly on the species and on the breeding system. In particular, for pigs, stress is caused by the bruises and injuries that occur during the transfer from the stables, the loading and unloading procedure on the transport vehicles and during the introduction into the stunning area in the slaughterhouse (Terlouw EMC. Et al 2008).

In a recent study carried out by the Agricultural University of Florence, it has been shown that these animals undergo to particular stress when they are loaded, during the journey to the slaughterhouse, the stunning and the killing procedure. In this study, panic and fear due to the handling, the traveling and the reaction to the new, sight, smell and noise had demonstrated an excessive stress, to four animals over five, with the activation of those metabolic-hormonal defensive phenomena.

The stress caused the release of large amounts of catecholamine’s and increase of glycogen consumption, gluconeogenesis and lipolysis, which caused a strong release and accumulation of lactic acid in muscle. The consequence of this biochemical alteration made the meat not to be suitable for the preparation of both fresh and processed products.

The European Food Safety Agency EFSA published many studies that demonstrate the relationship between animal welfare and meat quality.  Livestock breeding for food production is governed by strict European regulations, which envisages not only sanitary measures to protect the consumer, but also rules protecting the health and the welfare of farm animals, concerning the husbandry, the transport and the slaughter procedure. Beside all these rules, most of the criticisms are still existing when livestock are transported and during the pre-slaughter handling and the abatement procedure. For this reason, the two owners were looking for a new method of slaughtering, which could guarantee animals the least possible stress and total absence of fear.

The aim of this project, which received a grant from the Nando and Elsa Peretti Foundation is to introduce a new procedure for implement the animal welfare, including the moment of their death, and to guarantee products destined to consumers increasingly aware of the healthiness of food and animal welfare.

After years of research, meetings and negotiations with the National and Local Veterinarian authorities, the two entrepreneurs of the farm, technically supported by Prof. Gianmaria Pisani from the University of Parma,  have received a temporary permission for abatement of the animals directly into the farm, using a free-bullet, while the animals were eating and without any consciousness.

This stunning system will make the pig instantaneously unconscious and insensitive to pain and maintain that state until the point of death.
For the subsequent phase of bleeding and transport of the animal to the slaughterhouse, a special steel container, the Mobile Schlachter Box (MSB), is going to be used.

This Box (patented by a German breeder who funded the URIA organization for the farm Animal Protection) will guarantee the sanitary hygiene requirements of the EFSA standards and at the same time avoid the suffering and fear of animals destined for slaughter.

To validate the procedure two research studies are going to take place.

The first study is going to be held by Prof. Giovanni Maria Pisani, regarding the improvement of the animals welfare during the ethical slaughtering procedure (with the use of animal based indicators and the collection of samples for the evaluation of biochemical stress hormone). The second study will be with the University of Florence for the evaluation on the meat quality, both studies will be fundamental for the scientific validation of the procedure.

The Educational project currently funded by the Nando and Elsa Peretti Foundation, with the association TERRA! And seeing Felcetone's involvement, did not foresee the financing of this equipment in its spending voices.

This was because at the time of the stipulation of the contract the official authorization had not yet been obtained and because it was foreseen that it would be subsequently funded or paid through funds from the European bids, which unfortunately have not been available yet.

The need for short-term purchase of the Mobile Schlachter Box (MSB) has also increased, for the choice to no longer killing of the animals by bringing them directly to the slaughterhouse, thus exponentially increasing the burden of animals present in the farm.

The manufacturer of the MSB sent several proposals and quote and finally the recommended model for the farm is the smallest one that can be transported on the road using a normal tractor and allows the transport of two pigs at a time.

It is important to point out that the abatement of the animals in the farm and the use of the MSB is an extraordinary innovation in the livestock sector. It will demonstrate what has already happened in Germany and in other countries in northern Europe, it can finally be assured that also in Italy animal welfare really can enter into all the various stages of production, up to slaughter procedure.
The introduction of the new procedure will raises the support of both consumers who are increasingly seeking knowledge on the origin of the meat they buy, both of the breeders themselves who are aware of the benefit derived from these new business opportunities as well. 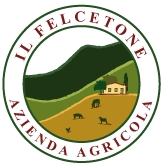 think global, act local
ABOUT US| CONTACT US| LOGIN| PRIVACY| LOGOS
you are here: Home  > Projects:  Environmental conservation or Europe  (or Both)  > 2017-072  > Project Description