Associazione 21 luglio (here referred to as "A21") is a non-profit organisation founded in Rome in 2010 by a group of activists. Since the very beginning of its activity, the Association has been implementing projects aimed at advancing the rights of Roma communities in Italy, with a focus on children.

The condition of Roma people living in Italy
Over the last 30 years Italian decision makers have enacted policies towards the Roma communities based on the “camps system”, which aim at segregating and concentrating Roma people in 149 Roma-only institutional slums and at removing Roma people living in informal camps by forcibly evicting them. Roma-only institutional slums and forced evictions aim to expel from cities communities and citizens who are considered as different and where possible to concentrate them in ad hoc spaces.

- Institutional slums: about 15,000 Roma live in ghettos, similar to refugee camps, created and managed by the state. These camps constitute a parallel and permanent housing system specifically designed for Roma people, in alternative to ordinary housing solutions, as for example the social housing system. Here Roma people are segregated on an ethnic basis: institutional camps are unique in the European panorama (Italy is known in Europe as "The land of the camps"). These camps are often fenced and equipped with CCTVs, with a 24h security guard checking the entrance. Visits from relatives and friends are generally restricted, and guests have to be registered at the entrance. The housing units (mostly containers, trailers or bungalows) are overcrowded and do not offer an adequate protection from weather adversities and structural hazards. These camps present deteriorated hygienical and sanitary conditions. Most of these camps are located on the outskirts of cities, often in industrial or agricultural areas, aggravating the marginalisation of the inhabitants from the rest of the society (in Rome the average distance from the institutional camps to the closest public transport facility is 2 Km).

- Informal camps: about 10,000 Roma live in spontaneous and mono-ethnic settlements (mainly containers, shacks and/or tents located in public or private areas) and are periodically subject to forced evictions. People living in informal camps are mainly Roma migrants from Romania who occupy abandoned buildings or set up camps along the road or in open spaces. These precarious dwellings lack of electricity, heating, water and sanitary system. These settlements are often called “illegal” or “unauthorised” camps, which means the families living there can be evicted at any moment, and they frequently are. Forced evictions constitute a gross violation of human rights and have dramatic consequences on the life of children and they disproportionately impact on their educational paths. In Italy public officials are often unaware of the illegal nature of forced evictions. Systematic campaigns of forced evictions have been carried out by authorities throughout Italy, often accompanied by a “security” centred rhetoric, and they have also been used as a means for electoral gain. When evicting Roma families, the Italian authorities hardly ever apply the procedural protections foreseen by international instruments: in most of the cases evictions are carried out without a formal notice, therefore impeding the access to a legal remedy, and without an advance notification, in absence of any kind of consultation; often evictions result in people being rendered homeless, as no adequate alternative housing solution is provided to those unable to provide for themselves. Forced evictions do not result in restoring housing adequacy, but in reiterating housing inadequacy in another place while further increasing the vulnerability and exacerbating the living conditions of those affected. Indeed because of the numerous evictions, many new micro-informal dwellings are appearing. This fragmentation implicates that the small groups of people are even more marginalised and left without any basic service.

The “camps system” policy over the years has revealed itself as a failure and has worsened the living conditions of Roma communities, thus increasing hostility against them and accordingly also the public expenses for the so-called “Roma issue”.
Because of the conditions in which Roma people live in camps, overall life expectancy of Roma living in these camps is definitely lower than the Italian average whereas infant mortality appears higher .

A21's actions aim to influence the approach, behavior and practices of the 4 main stakeholders involved in the “camps system” in Italy, which is to say:
- decision-makers, that address Roma communities with excluding and expensive policies with detrimental effects on their human rights. A21 aims to divert funds from discriminatory and rights-violating policies, to inclusive policies respectful of human rights;
- public opinion and various associations, paralysed by a stigmatising and stereotyped vision of Roma people living in slums. A21 aims to fight their prejudices and raise their awareness on Roma rights by spreading an alternative narrative about the Roma;
- the media which disseminate incorrect information and hate speech and amplify a distorted narrative about Roma slums and their inhabitants. On the one hand, A21 aims at countering hate speech and incitement to discrimination and hatred; on the other hand, A21 aim at disseminating correct knowledge of and approach to Roma-related issues among journalists;
- Roma communities living in slums which lack means and tools to get out of their condition. They are addressed with activities aimed at empowering them and reinforcing their self-determination.

Tor Bella Monaca neighbourhood
Rome is the Italian city where the conditions of Roma communities are more complex, both because it is the city with the highest number of camps and because of the inadequacy of its infrastructures compared with the amount of vulnerable people living there.
Since 2017, Associazione 21 luglio has focused its work on Rome in the south-eastern quadrant of the city and in particular in the neighbourhood of Tor Bella Monaca, a suburb of Rome outside the Grande Raccordo Anulare – GRA (the great ring road around Rome) located in the district of the VI Sub-Municipality. It is an area with high population density, counting around 37,000 inhabitants, and it is the youngest neighborhood in Rome (about 20% of the population is aged between 0 and 19). The VI Sub-Municipality has the highest rate of foreign residents of the city (around 10% of the total), the highest number of minors supported through a service of home care and one of the most severe poverty rates.
The education services of the Sub-Municipality are seriously insufficient especially with reference to the preschools: in 2014 only 20% of the 4.920 requests made for accessing preschools were accepted, reflecting the serious situation of the entire city where only 52% of children have access to public preschool . This does not facilitate the school integration of children in primary schools. Therefore, it is not surprising that the school dropout rate is twice the average of the city of Rome and that the number of minors who work is very high. Absence of one of the parents, high unemployment rates, presence of detainees in the family and a general lack of future perspectives are also among the causes that push adolescents to drop out of school and find immediate sources of income.
The lack of adequate connections with the city, which has characterised this area of Rome until the recent opening of the underground and the reinforcement of bus lines, has contributed to making this neighborhood more and more marginalised, accentuating existing problems. In addition, the lack of public spaces such as squares, cultural centres, game rooms, etc., has strongly impaired social ties and community building. As a consequence, children are too often fascinated by delinquency models.
Moreover, a limited use of social and healthcare services is registered in the neighborhood. The disadvantaged social groups use social and healthcare services badly and little, or use only emergency structures. In fact, children belonging to these groups come to the attention of social services only when problems and disorders are evident and full-blown.

Since September 2016, Associazione 21 luglio has been leader of a network of organisations that have been managing a community center (called “Polo Ex Fienile”) in Tor Bella Monaca for a period of six years renewable for a further six years. The community center is a hub that provides a focal point and facilities to foster greater local community activity and brings residents and organisations together to improve the quality of life in their area.
In the activities promoted at the community center, the Association pays particular attention to involving Roma people who live in institutional slums and informal camps located in or close to the neighborhood.
In an extremely peripheral position in the VI Sub-Municipality is located the biggest Roma slum in Europe (Salone slum). The slum hosts around 600 inhabitants (including 331 minors aged 3-16)  in a condition of extreme poverty, housing segregation and conflict with the neighborhood. The school attendance rate of children living in the slum is around 16,5% and only 10 out of 140 minors aged 0-6 occasionally go to preschool. The reasons that lie behind such low attendance rates are related to the condition of poverty, illiteracy, marginalisation and discrimination that characterise the lives of the Roma community.
A first issue is Roma families’ perception of the institutions and, more in general, of the outer world: decades of inadequate policy produced housing segregation, exclusion from the job market and social marginalisation and pushed the majority of Roma families to develop a strong feeling of mistrust in institutions and fear of the mainstream society. As a result, lots of them prefer to bring their children up in a protected environment such as home, renouncing to send them to preschool or school. Moreover, due to irregular status and widespread poverty, some Roma parents prefer to keep their children as “invisible” as possible, fearing to lose their parental responsibility, as frequently happened.
Another reason of the low attendance rate is connected to the high level of illiteracy within the Roma community that makes Roma parents unable to understand the importance of school for their children and to know how to take all the bureaucratic steps necessary to access school. For instance, many families encounter difficulties when it comes to enrolling their children at school because the procedures are online, thus discriminating Roma (and other) parents who have no Internet access.
However, the major bottleneck related to the school enrollment of Roma minors is that almost 40% of non-EU citizens living in the Salone slum are irregular and some of them are unrecognised stateless persons. Therefore, it is easy to understand how the lack of a regular residence permit, or of any other identity document, affects the possibility to access school services.
Another critical aspect is the precarious hygienic-health conditions in the slum and the low access rate to healthcare, especially maternal and pediatric care. It is worth mentioning that a burner which belongs to the German corporation BASF is located few meters from the slum. In 2003 the local health service had classified the burner as “first class noxious factory” forbidding any kind of settlement in the surrounding area. Nevertheless, the corporation has carried on its activities in all these years, pouring its sewage in the river Aniene and stocking dangerous waste in a temporary garbage dump, thus polluting the surrounding inhabited area.
The difficulties encountered while accessing healthcare services also depend on several factors, all related to the condition of social and economic exclusion of the majority of Roma families, including legal and administrative obstacles.

A21's project received a grant from the Nando and Elsa Peretti Foundation to increase the opportunities for psychosocial development of Roma and non-Roma children from disadvantaged background living in the VI Sub-Municipality of Rome. 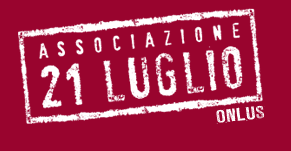