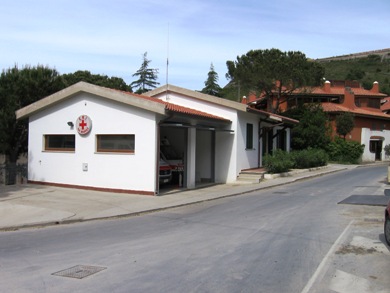 The Comitato di Monte Argentario della CRI dealt until today with hospital service, namely ambulance transportation. The activity was coordinated from a very small centre in Piazza Roma granted by the municipality of Monte Argentario. This prevented the expansion of activities and the total dependence on Orbetello, with evident complications of intervention. Since year 2004-2005 the Comitato di Monte Argentario started two new activities: the creation of a group of pioneers of the Red Cross, formed by youngsters up to 25 that publicize the story and the activities of the Red Cross in schools and among people. 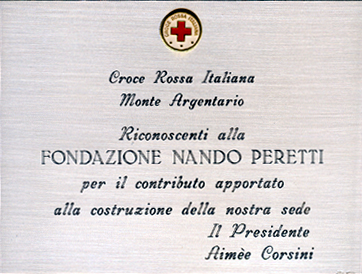 Porto Ercole has never had a Red Cross operational centre, using until today a warehouse owned by the Municipality (piazza Roma 18). The need of assisting a population between 17.000 and 30.000, makes the realisation of the development of the Red Cross centre in Porto Ercole necessary.

Such development plan consists in first place in the hiring of two staff (Carla Bistazzoni e Giorgio Alberto d'Amario) both 118 ambulance drivers. Furthermore since 2004 with the development project, the Monte Argentario Red Cross arranged together with ASL 9 and with the 118 Operations Centre night and day first aid assistance with an intensive care ambulance. 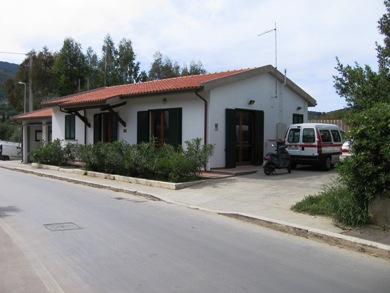 The realisation of the operations centre allows the institution of a switchboard night and day and personnel 24/7. Once the centre will be finished, it will be possible to have a doctor on site, that will sleep with the volunteers, always ready to go. At present the Red Cross has obtained the funds for the purchase of the intensive care ambulance (called type A) and two ambulances type B (the normal ambulance). In the next days there will be another type A arriving and a van for social services, i.e. for patients under dialysis.

The initial work was started in the summer of 2003. To May 2004, the construction has been completed with master walls, a roof and internal compartments. The exterior was composed of a tile covered roof and color-tinted walls. The sanitary, electric and heating systems have been completed in July 2004.

think global, act local
ABOUT US| CONTACT US| LOGIN| PRIVACY| LOGOS
you are here: Home  > Projects:  Construction or Europe  (or Both)  > 2004-16  > Project Description