Support to "A55" Italian Hospital

The Emergency Paediatric Centre "Avamposto 55" is a Mother & Child Health Facility for women and children who have been suffering from the consequences a long conflict between the African and Arab military forces. The conflict has worsened the already fragile health care situation of Nyala town,  which become the centre for hosting the IDPs which represent the 90% of the population.
The Project aims to benefit directly more or less 120.000 people, being the catchments of our facilities made up of IDPs in camps and within host community.
According to Nando Peretti Foundation' goals, this project falls within the area of youth, women and health .

Children living in IDPs Camps suffer from diseases such as respiratory tract infections, diarrhoea, malaria that account for over 70% of the total consultations.  Eye and skin infections are also common findings due to the precarious hygiene conditions in the Camps. Pregnant women are prone to delivery complications due to lack of antenatal care, early marriage, female genital mutilation practices, skilled assistance at birth, and severe anemia. 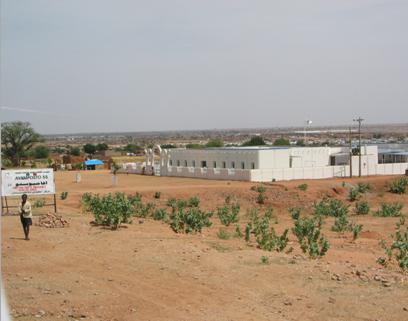 The project will be implemented from January 2007 to December  2007.

The Nando Peretti Foundation is helping to support this project which will benefit directly 120,000 people from the host community and from IDPs, from pregnant women to children of different age without limits.

The activities, organized by the staff in Nyala, will be divided as follows:
1) Mother & Child Health Care to conflict affected population in Nyala area
2) providing health care to vulnerable groups, women in particular and children free of charge
3) ensuring that women receive four antenatal consultations during pregnancy and clean home delivery kits given
4) ensuring that high risk pregnancies are detected and correctly managed
5) ensuring that emergencies cases are promptly recognized and treated using the triage procedure
6) ensuring that treatment protocols are in place and rational drug prescription in use
7) ensuring availability of oral rehydration treatment corners according to WHO and UNICEF standards
8) ensuring that survivors of gender based violence are cared for by a female medical staff
9) ensuring that health personnel skills and knowledge is kept updated through a continuous training
10) ensuring that hospital infections are kept at a minimum through a strict control program

Women and children living in the Avamposto 55 catchment area have their health status improved. Main diseases are treated according to national and international protocols such as WHO, UNICEF, Federal Ministry of Health Sudan.
Morbidity and mortality figures for malaria, respiratory tract infections, diarrhea and other common diseases among target population have decreased.
Emergency cases are identified and treated in a timely manner.
Women receive four antenatal consultations during pregnancy.
Home cleaning delivery kits are distributed and correctly used.
Mortality for high risk pregnancies is decreased.
Oral rehydration treatment corners have decreased morbidity for mild dehydration cases.
Survivors of gender based violence are cared for by a female medical staff.
Health personnel is trained and delivery health care at a good standard level.
Hospital infections control policy is in place and followed by all staff. 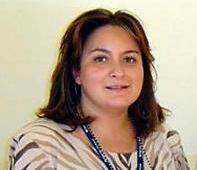 "Avamposto 55" will be economically independent, since the funds that the Italian Cooperation and other beneficiaries gave to sustain  in 2005 and 2006 have been fundamental for the start up.
The ministry of Health in 2007 will support all the local expenses of the hospital such as electricity, water, drugs, local staff.

think global, act local
ABOUT US| CONTACT US| LOGIN| PRIVACY| LOGOS
you are here: Home  > Projects:  Charity or Africa  (or Both)  > 2006-43  > Project Description
Project links: