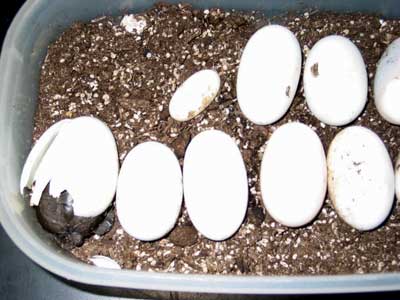 the eggs of the turtles
This project started with the forming of The Turtle Survival Alliance in order to provide guidelines and rules for partners in turtle conservation to be able to work together. The IUCN Turtle Survival Alliance created a strategy for all individuals and institutions interested in working towards saving the world's turtles to be able to work together with the same goals and objectives.

Moreover CI has just recently been able to start the specific projects (those that the NPF' funding is being provided for):