Construction of a Community for the needy

Construction of a community for vocations of the Marian Community of Reconciliation who consecrate their lives to serve the needy, the youth, the families, and the culture in Guayaquil, Ecuador 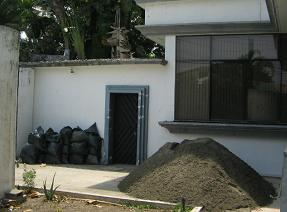 Asociación Ecuatoriana Santa Marta is a nonprofit civil association. One of its main goals is to support and sustains vocations who devoted their lives to the service of evangelization. In this sense, it helps them in obtaining the necessary resources to provide the required means to carry out their pastoral and apostolic activities.

The organization understands the importance of contributing to the formation of vocations who devote their lives to help the poor and the needy. Among these vocations, there are several girls who have established their concrete path to serve the poor through The Marian Community of Reconciliation.

During their six years of work in Ecuador, the sisters of The Marian Community of Reconciliation - called Fraternas - have received 6 national vocations from this Country. The pastoral and social work carried out by the Fraternas now reaches 5300 people annually. Some of their social activities are: 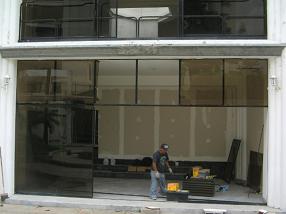 At this time, the number of young people which the Fraternas accompany in their lives of faith is 1640. The leadership training guided by the Fraternas has allowed these young people to undertake social aid projects in many poor areas of Guayaquil.
The sisters humanitarian aid's work benefits at present about 2630 people. This number has been increasing every year. Also, a growing number of young people seek to give their gifts and talents to help the poor families, contributing to the construction of a more fair, reconciled and united society.
Another important focus for the Fraternas' apostolic work is the spiritual guidance to the families. For the sisters, family is a key field in people's training and therefore they seek to instill in families values that lead to a dignified life and to an integration in the society in which they live. The work they're doing with families benefits 1030 people directly.

The Marian Community of Reconciliation needed to build a house for 13 new vocations, in order to fulfill in a better way the apostolic work of the sisters in Ecuador, directed to the needy and to young people and families, with a special attention on the pastoral work with school children and university students, to prepare them to become agents of social assistance for the needy. Giving a community house to sisters makes possible to organize more efficiently their apostolic work and to increase the number of young people linked, with adequate space to accommodate them.

The land where the apostolic community is located is in an area of increasing development and urban growth. Therefore, the presence of the sisters makes possible to work directly with hundreds of families, inviting them to participate in the apostolic work with the neediest. Likewise, they may begin working with new groups of young people living close to the community, without neglecting the existing ones, giving them the tools they need to undertake their own projects to help the unprivileged.

A good environment for the apostolic work of the Fraternas also provide a better complement to the many people they take care of, as well as doubling the current number of persons to whom they serve. Likewise, since their field of action is aimed at all social levels and is applied at all different realities, the construction of the community allows the sisters to provide the necessary infrastructure to continue their contribution with an increasingly effective service and a multiplying effect.

Purchasing and construction of the facility started in November 2008. The building for the vocations of the Marian Community of Reconciliation (MCR) would be able to lodge 13 sisters of the MCR.
While trying to start the construction works, things got complicated because of the escalating prices in the construction business, the city permissions to build the project were not given and the organization was missing deadlines for the different stages of the project.

In these difficult circumstances, a non-local donor proposed his contribution to buy a house, instead of building it. A requisite for his contribution was that the house should have sufficient space for a pastoral center and a chapel. Additionally, he offered to pay the difference between the original budget and any other costs that would increase the total cost of the project. All things considered, the organization changed the concept of the project from construction of the house to purchasing a house with similar characteristics and sufficient space for the apostolic activities.

A very convenient house was found. It has a room for a 40 people chapel, enough space for the 13 sisters to live, in addition to several rooms that could be used as a pastoral center. However, some construction work had to be done to turn this family house into a convent, chapel and pastoral center. This new facility ends up being very convenient for the apostolic work and lives of the sisters of the MCR.

The purchase and remodeling of the house began in November 2008.
Currently the project is in its final stage. According to the engineer in charge of the construction, the project will be completed in May 2009.
The area or space for the community can accommodate 13 Fraternas sisters and is composed by the following spaces: rooms for the sisters, a community room and a chapel. The chapel has a capacity for approximately 35 people. The pastoral center has 9 meeting-spaces and a room for audio-visual presentations.

Thanks to all donations received, the organization was able to construct and maintain, overall:

• The electrical systems: general maintenance of all facilities and installation of accessories.
• Water and sanitation facilities: maintenance and change of pipelines, drainage, change of existing sanitary equipment and accessories.
• Waterproofing (due to heavy rains that occur during certain months of the year): impermeable roofs, planters, skylights, gutters, and walls with insulation materials
• Separations of environments for meetings. Walls were built to divide some environments and independent areas both for the pastoral community as for the center. Making a better use of the space and capacity of the house.
• Carpentry work: renovation of furniture in general areas like the kitchen, closets of the rooms, doors and changing and installing locks.
• Metal and glass work: exchange and installation of glass, general maintenance of windows, grilles, metal doors, doors of new clothing.
• Installation of floors in different areas: floors were installed at the entrance area, outside terrace, upper terrace, meeting rooms.
• General Painting: the whole house was painted.

Today, the house is already listed and registered in the municipality, on behalf of the Association Ecuatoriana Santa Marta.

think global, act local
ABOUT US| CONTACT US| LOGIN| PRIVACY| LOGOS
you are here: Home  > Projects:  Charity or South America  (or Both)  > 2008-13  > Interim Report
Project links: