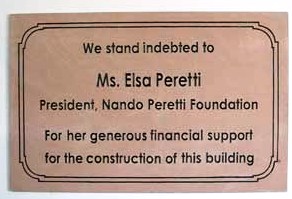 (all photos on this page by Antonio Nodar )

The year began with much jubilation as eleven out of the first batch of 12 students who appeared for their Board exams  through the "National Open School" passed with 1st Division.  Rahul Thankur who stood first, secured 91% marks.  This provided the required encouragement and confidence to both the students and staff. The second batch  of  4  is ready to appear  in April 2002. Another major milestone was added when a separate "Work Training Unit"with 12 trainees was started at F-139 Shyam Nagar, Jaipur. A group of 12 students with Autism were  added to Centre for Special Education making  DISHA the first school to reach out to children with autism in Rajasthan.

Open employment for 3 students and possibility for employment for another 2 made  it a land mark year for employment at Disha. The public awareness campaign on "Access for Disabled" got a fairly good response when several public places put ramps for wheelchairs and some constructed special toilets. Staff training dept took a major leap with the completion of all the formalities to start the One Year Diploma Course D.S.E(C.P) recognised by Rehabilitation Council of India,  New Delhi, to be started in July 2002.  Two staff members went to U.K. for 3week training programme and several others attended over a dozen seminars and conferences at local and national level.  Two major training programmes for parents were also conducted details of which are given in the following detailed report of all the services during the academic year 2001-2002. 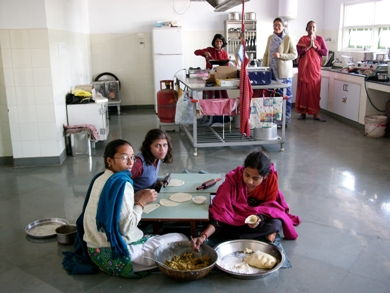 Each group is further divided into sections as given below :

The Academic groups :- followed the regular board Curriculum .  The Minimum levels of learning and question banks are sent by the National Open School office based on which a curriculum is developed for each class and text books selected.  However, all topics are covered through interactive method of teaching with hands on practical experience, several worksheets are developed and practice is also given in written expression . Special classes are also held to prepare for the Open board exams.  3 students appeared for level "A" and one for level'B' .  The success of the previous batch had given the staff and the students much confidence and we expect similar success. 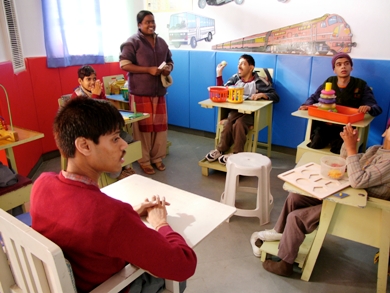 Functional Education:- Curriculum is prepared each year according to the functional level of each child.  In Maths concept like money measurement and time are covered very practically, in language, reading and writing of one language and understanding a second language while in E.V.S , Awareness of one self and environment are covered through project method.  This year's project was on "My self"  where students learnt about their bodies and its functions, various body systems , their family, school and neighborhood.  Prevocational Skills, art along with painting music, cooking, sports also form part of the curriculum.

Special Groups:- The main objective of the groups is to facilitate students to be as independent as possible in taking care of themselves and their environment, hence major aim is to help develop ‘Skills in activities of daily living' and building two way communication apart from socialization, and pre vocational training .  Most of the students may not go up to the level of employment and would need a day care programme.

Day Care Programme:-  Students who have not been able to achieve the planned goals and were mostly above the age of 15 yrs were shifted to the Day Care Programme where the main objective is to be happy, learn to communicate and be with friends , perform their A.D.L. activities and participate in all school activities and functions.

Special Group for Autism :- As there were  no services in the entire State for Children with Autism, it was decided to start a separate section in C.S.E reaching out to this very difficult and un -reached condition. Two teachers were trained in Delhi last year, one of whom, started the section in July this year.  A special curriculum was developed where special methods of teaching were used 11 students attended the programme  making, Disha, the first organisation in Rajasthan to reach out to this very difficult and unknown conditions. 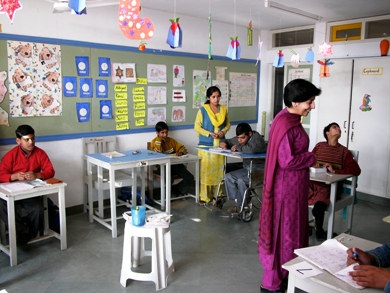 Approximate 55 students required assistance from the therapy department.  25 were in wheel chairs and 22 could walk with assistance.  Regular therapy, posture training, gait training, gross motor experience were given.  Special furniture and mobility aids were also given.  5 cases were referred  for surgery.  Regular parent training was also conducted for parents to facilitate home management.

Individual sessions for assessment , guidance and counseling of parents are held 2-3 afternoons every week for the above children .  Over 100 children from Jaipur , other cities of Rajasthan and other state have been reached out through the year.

A very close interaction is maintained with Principals of mainstream schools to discuss and support the programmes developed for integrated students in their schools.  They are being encouraged to set up a resource lab or have a resource teacher to take care of special needs.

A Separate unit was started in July with an objective to prepare young persons with disabilities, for employment .The unit started  with 12 students from Disha Centre for Special Education, between the ages of 17-20 years who were ready for employment and could not achieve further academic goals.  Out of the 5 models of employment generally followed, 2 models namely ( 1) Open Employment (2) Employment through contract work under supervision were followed.

Open employment  saw a land mark success when 3 out of 12 students got employment. Ashish is working in the housekeeping department at Clarks  Amer, Neelu Shah is Lab Asst. of home-science at Children's Academy and Rakesh is working  in the packing dept. of an export house.  Two others are getting ready for similar jobs.

Four areas of  Vocational  training were started with an objective to not only train young adults with  disability to master the job skills but more importantly to develop work habits like  (I) Complete a specific production target (ii) Develop work discipline like punctuality, regularity etc. (iii) follow directions (iv)carry out simple jobs independently and responsibly (v) Social relation ship with colleagues etc etc.  The four areas chosen were :- 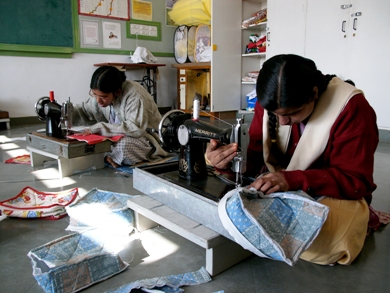 Some other  Crafts like candle making were also tried. A small outlet was also setup for display of ready products for exhibition and sale.  Several stalls were put up in school fetes, individual sales, sales counters in some leading stores also helped in sale of products.

Catering unit proved very successful with products like Sharbats, pickles and snacks.  A major break through came when an order for high protein Ladoos (Soyabean) for school nutrition programme in Khejari villages was placed 200 kg of soyabean ladoos are supplied every month under the programme. Several items were developed in hand made paper products and were well appreciated.  Stitching unit is picking up slowly as the trainees are mastering the skill by making simple products like aprons, carry bags, toilet kits, napkins etc.  The screen printing unit did not prove very successful due to lack of availability of good instructor and competition in market.

A short training programme of one week is organized every year before the school reopens in July.  This year Dr. Mrs. Thapar conducted a 4 day work shop on simple exercise  of yoga and Dr. S. Sitaraman gave lecture on medical aspects of Cerebral Palsy.

The Director, Principal and staff attended several seminars, conferences and training programmes, during the year, details of which are as follows :

2 Staff went for a 2 weeks programme to U.K , sponsored by E.A.S.T, U.K.  They visited 9 institutes for rehabilitation of persons with Cerebral Palsy & Autism alongwith visit to St. Crostopher., London

It is planned to start a regular 1 year Diploma in Special Education (D.S.C (C.P)  )in affiliation with Rehabilitation Council of India from July 2002.  This could be the first course in entire Rajasthan. 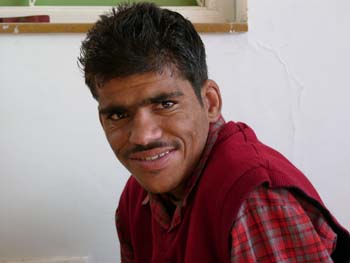 Two parent training programme were organized during the year.

(1)  One week programme for parents of young children with cerebral palsy. 21st-27th November.  Twenty parents who had young children with cerebral Palsy underwent a one week training programme with an objective to give knowledge about the condition, it's prognosis, treatment and management.  Several sensitive  issues like parent's fears and emotions were also discussed in the last few sessions.  This also helped the parents to come close to each other

The inauguration was attended by all the parents where the Disability Commissioner of Rajasthan Shri Damodar Thanvi spoke about the National Trust Act.

The  Research  Project on "Employment  possibilities for adults with disability in Jaipur"  was completed.  The information collected during the study gave  basis to move forward in all models of employment now and in near future.  The study was sponsored by H.R.D. Forum of Jaipur.

A major project on ACCESS for disabled was undertaken for the entire year.  Several write ups in local Newspapers, Magazines, T.V. Channels were given, followed by individual meetings with owners of Cinema halls, Hotels, Shopping  walls , Railway Station, Hospitals, Banks etc.  Eight Access audits were conducted with the Disability Commissioner's Office supported by Action Aid.  This spread a lot of awareness among public and a number of ramps and other facilities were set up.

1)  Construct a specially designed barriers free building with complet access: is being done.