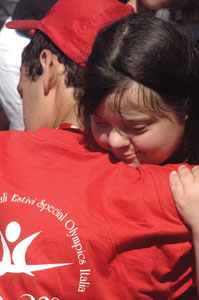 In the International Year dedicated to Social Inclusion, Special Olympics, present in all Italian regions, aims to develop, also in the Marche region, its educational program so to state the value of diversity as a resource for Society. Till now the Marche are a step behind in the development of Special Olympics. The project will enable the creation, the development and the growth of a regional team and Club teams, the organization of events and seminars for an educational path dedicated to Schools, Associations, local Agencies and Institutions.

In order to fulfil its mission, Special Olympics Italy has as mid-term goal the constitution and enforcement of the Regional Teams through which it is possible to make the territory aware, especially the school world.

This project is already operative in all Italian regions and for 2007-2008 the goal is to create a Marche Regional Team.

In fact such a team is the local organization that makes possible the capillary diffusion of the educational programs. Through the Regional Team we could be able to work in all the four provinces of the Marche enabling a net of interventions aimed to the specific local realities.

In the Marche region, the organizations already operative in the disability sector, the single schools and the families involved in these problems will find, in the Regional Team, a strong organization that can cooperate with them in the already-undertaken educational program and develop the Special Olympics projects subsequently synthetically reported.

In a first phase, Special Olympics Italia will work through at least two national representatives right in the Marche Region in order to facilitate the start of the program through the development of already-undertaken monitoring. There will be several meetings in the four provinces with schools, institutions, local agencies and various associations so to make the territory aware and find people who will work to create the Regional Team: the Regional Director and the Provincial Directors.

The Regional Director, representing Special Olympics in his Region, has the job of promoting the message of disability as a resource on the territory, developing and encouraging the creation of Club Teams, working with institutions and local agencies. The Regional Director together with the Regional Team and in harness with the national staff, will organize initiatives of promotion such as conventions, seminars, training courses in order to spread the Special Olympics message.

To work in a more capillary way, the Regional Director will have the support of the Provincial Directors. To play these roles, we need to find people of great reliability, morally unimpeachable and with a strong service attitude towards people with intellectual disability. Once elected the Regional Director and the Provincial Directors, the operative phase will start, carried out by the national staff with the directors according to the activities and projects proposed by the Special Olympics Marche Team.

The meetings' goal is to create club Teams through the accomplishment of 2 projects that will involve schools and associations:
- school project - unified sports
- alp's project

After this phase of involvement and training of the club Teams there will be a sports program that will lead to the participation in the European Football Week 2008, a unified-football tournament organized contemporaneously in 40 European Countries, and in the National Summer and Winter National Games in 2008. 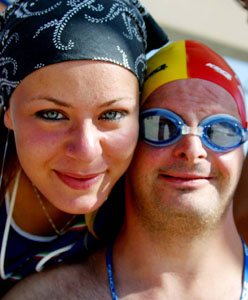 Special Olympics Italy Onlus, a well-deserving association of CONI, offers, through sports activities, continuing occasions of full inclusion in society to people with intellectual disability. It is the biggest organization of the world in this sector. Sport is the base of Special Olympics program, that is, sport is an instrument of inclusion and training so to make abilities and capacities of persons with mental disability come out. In this way Special Olympics aims to capsize the opinion considering disabled people only passive subjects of educational activities and makes them active protagonists of the projects. 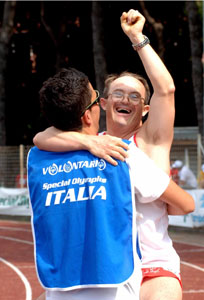 Special Olympics received funding from the Nando Peretti Foundation, and involves 2,250,000 athletes- 10,000 of them in Italy - in 167 countries all over the world. In Italy, Special Olympics has organized the EUROPEAN YOUTH GAMES, dedicated to 1,500 athletes with intellectual disability aging 12-21 and coming from 55 Eurasian countries. 3,000 familiars, 2,000 volunteers and 20,000 young people of Lazio region took part in this event, the greatest ever organized in Italy. The Nando Peretti Foundation sponsored a regional team in Italy. 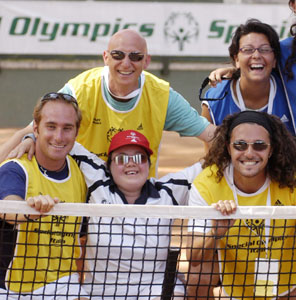 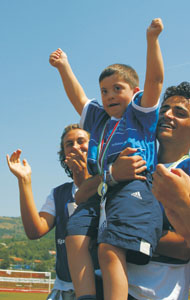 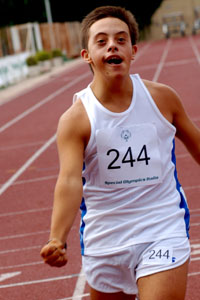