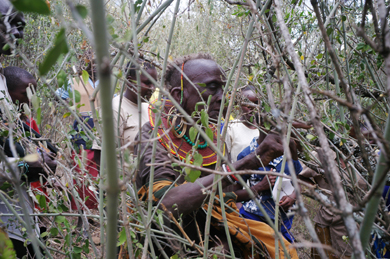 all pictures on this page by Antonio Nodar

The Government of Kenya have approved a move to put the 4 Generations project in every Kenya school as part of the co-curricular  programme , starting with 60  primary schools  and 20 secondary schools in 2006 across the entire country.

In January and February 2006 Sveva and her team will be working alongside members of the Kenya Institute of Education  and experts from England to finalise the curriculum  she has been devising over the last two years. This innovative system gives children questions and  prompt them to discover the answers from the "wisdom keepers" in the community. The questions are universal and can be asked anywhere in the world.

Now we will be receiving stories from desert people, sea people, forest people, we will urgently need to find someone to collect and  edit the stories into booklets.

Sveva now  has a  Samburu  son.  Moses Londorope of the Lmasula clan  is 15 years old and it is a great sign of trust and friendship that she has been entrusted with his care.This year she traveled  with Moses to his ceremonial village  - Lorora- and spent over a month in attendance at his circumcision ceremonies.

The Gallmann Memorial Foundation's achievements in 2004

The following report was submitted to the Nando Peretti Foundation by Sveva Gallmann, 4 Generetions project coordinator.

We are delighted with the success we have had in our first year of the 4 Generations project. The entire community of Ol Moran is aware of the project and give it their full support. The 4 Generations project has created an immense amount of solidarity within the community and the team are now greeted as old friends. We are continuously invited to take part in ceremonies or to attend gatherings, if there are elders visiting community members who have come from a different area we are often invited to meet them.  We feel that the project has inspired people to realise that there is value in their culture, mythology, oral history and indigenous knowledge.  We know that it has initiated a process of rediscovery where community members, even those who are not directly involved in the project, have been inspired to seek out their histories and knowledge.  We have been incredibly popular with the school system. The teachers from all 4 schools report that their 4 Generations students have improved remarkably in confidence and performance and all of them wish we could extend the program to the whole school. 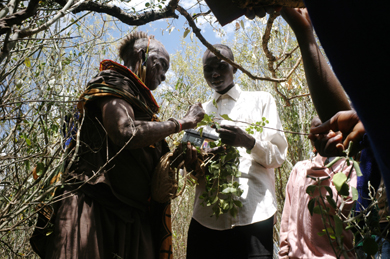 We have experimented with different approaches and learned through this process.  We have ‘found our feet' and are ready to widen our perspective, move our goal-posts and commence the next steps of this project with confidence and inspiration.

The scope of this project is far reaching and its goals are thus complex, intertwined and more qualitative than quantitative. In this report we aim to impart an overview of what we have achieved so far through dividing our practice into different sections- students, elders, and curriculum. 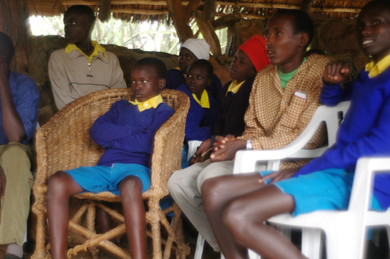 The original aim stated in our project proposal was to find a primary school in the Ol Morani division which hosted children from all major tribal groups living in the area. On perusal of the questionnaires handed to schools in November 2003, we realised that this was not possible since most schools seem to be tribally segregated. We also wanted our first group of students to be enthusiastic, receptive and with above average intelligence. We therefore decided to hold a competition in 4 different schools to recruit our students for the year. 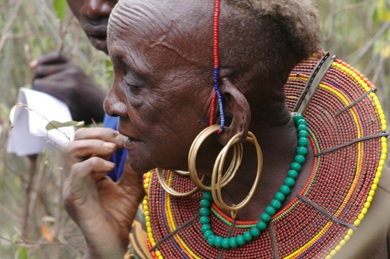 On January 10 2003, we went to the various schools and explained to students from Stds. 6, 7 and 8 that we wanted them to write us a piece in Swahili or English on the creation story of their tribe and gave them leading questions that they could decide to pursue when finding out the stories from the elders in their community. These questions were of a more complex, slightly philosophical nature and we wanted to see what sort of response we got. We also asked them to present a story of their choice. We gave them 2 weeks to complete the exercise. We received 236 responses, varying considerably in aptitude, but, since it was not possible to select the students on their written work alone, we conducted interviews in each of the schools (Jan 19-23). 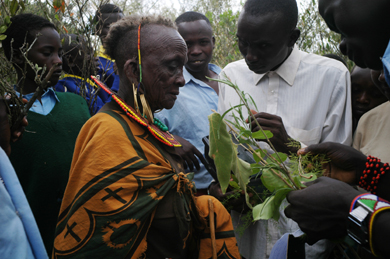 At the beginning of February we held meetings with the teachers from all participating schools and organised a timetable for our lessons. We also briefed the children on the nature of the project, what was expected of them and gave them their stationary. We decided to initiate the course with an evening of story-telling and song for the 4 Generations students, their parents and grand-parents to inform them about the course and to ask for their input. This took place on February 12th at the Laikipia Nature Conservancy Wilderness Education Centre. We served traditional dishes from different parts of Kenya to considerable amusement. We also invited some of our elders who are particularly good at story telling, after the meal these elders told many stories of a more ‘folk-tale' quality and students were encouraged to ask questions and get involved. Some of the grand parents started recalling anecdotes and stories from their youth. 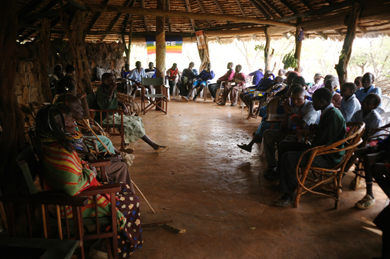 One of the greatest initial challenges of this project was to impart to the students the nature of our ‘teaching' methods and what was expected of them. We found that most children were extremely disciplined and quiet, not speaking unless spoken to and incredibly shy. It is apparent that at primary level children are encouraged to learn exactly what they are taught and are perhaps not accustomed to thinking laterally around questions. It therefore took quite a few lessons and a lot of singing/drama/drawing exercises to encourage children to lose their inhibitions, to nurture their inquisitive natures and to make them understand that in this course there is no ‘right' or ‘wrong'; that we were relying on them to find interesting stories or details and that they would be expected to ‘teach' these to the rest of the class and to ourselves. Initially, their approach was to answer very concisely and specifically to the questions we suggested. Perhaps some of their shyness was due to the fact that they were with children that they had never met before, some of whom were from different cultural backgrounds. As none of the team had ever taught at primary level before, it took a little time for us to learn what to expect of them and how best to present material. 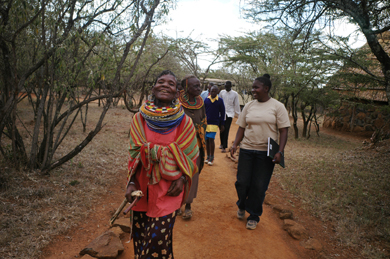 The success of our approach is exemplified by the fact that all of our students were said to have shown a marked improvement in their normal school work and participation, achieving higher marks than the other children on average. As a result, we get continual requests from other schools, asking if they can also participate in the program. Children were also so enthusiastic about the project that they would have come for every day of the school holidays if they could. 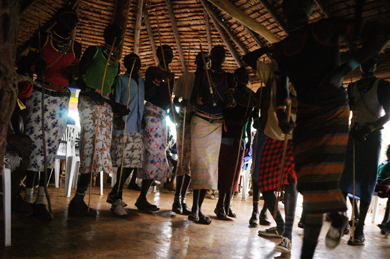 all pictures on this page by Antonio Nodar

think global, act local
ABOUT US| CONTACT US| LOGIN| PRIVACY| LOGOS
you are here: Home  > Projects:  Educational or Africa  (or Both)  > 2004-19  > Interim Report
Project links: