all photos in this page by Antonio Nodar

The following comments to the photos are by Sveva Gallmann, 4 Generetions project coordinator.

(below) We are extremely grateful to the Nando Peretti Foundation for their support. They have given us the funds to buy a new school bus, which has already been extensively used, and a new car. This will significantly diminish our transport problems, and hopefully costs, and ease the logistics remarkably. 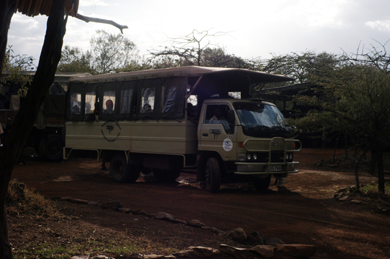 (below) For very long journeys (for example searching for elders who live far away), we have relied on pubic transport, which adds to outlay.  Finding transport was one a big priority, the Nando Peretti donation came as a blessing. 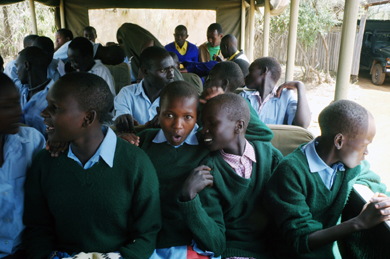 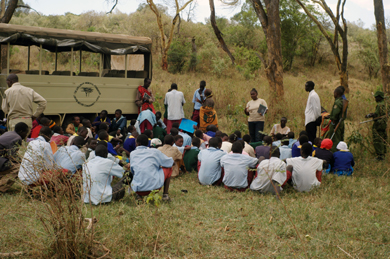 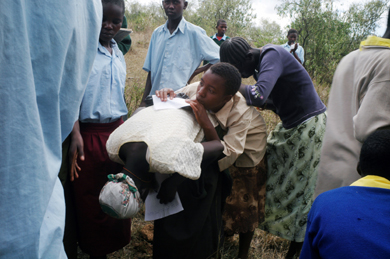 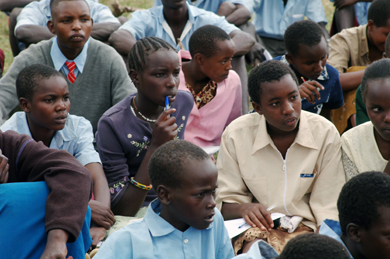 (below) This lesson fell during the school holidays so we had the entire day with Mama Lengeta. Mama Lengeta is a Pokot elder, none of our children are Pokot but she is the most well known herbalist in the area, used by people of all tribes so we decided that we would have our first session with her. She came with translators. We took all the children for a walk through a valley in the LNC with enormous plant diversity. Whenever she found a plant that she had a use for she would stop and explain how it was used. She was delighted to find plants that she was not able to find elsewhere and we helped her collect large stocks of those that could be prepared in advance and kept. Students collected samples of plants that had common uses and then we returned to the LNC herbarium to identify them with Swahili, English and Latin names, we pressed them so that the students could put them in their exercise books. We then practiced making some remedies for common ailments such as chesty coughs or conjunctivitis or cold sores. 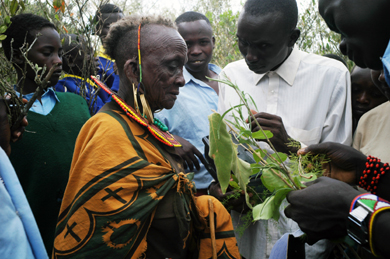 (above and below) Introducing students to the subject of medicinal plants, how useful they have been in the past and how they still continue to be very important 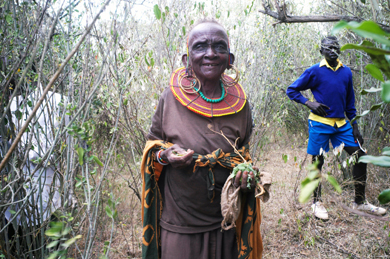 (above) Mama Lokutan, a very vocal and humorous character, also practices more ‘witchdoctor' type healing and so elaborated on these elements of her expertise to the amusement of all the students (the Turkana students translated for the rest of us). 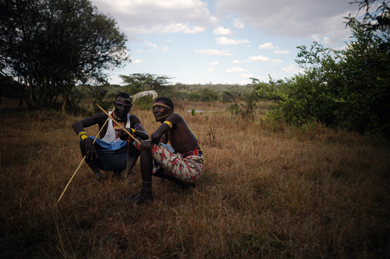 (above and below) This was a very special occasion, which began with a prayer by the elders. All students gathered in the afternoon in the manyatta of Mzee Lekoinet and Mzee Lektasharan. Over 150 warriors, mamas and elders gathered for a large celebration, everybody was adorned in their ceremonial attire - skins, ochre, beads.  Students were shown around the manyatta and they had a chance to ask guests about their lives and stories. The warriors told the children about the significance of being warriors and showed students how they performed ritual cow blood drinking. Mamas and elders danced and the gathering culminated with a feast of goat. 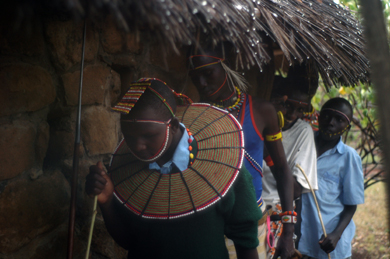 At dusk, we all settled to listen to Mzee Leparia who very generously imparted his immense knowledge of the stars and our position in the universe. We have transcriptions of this. Mzee Leparia then proceeded to advise the children of the ways of the world and the reasons so much violence is being experienced. His wisdom was both fascinating and humbling. 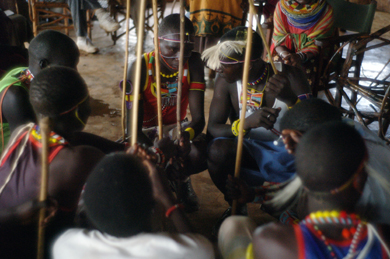 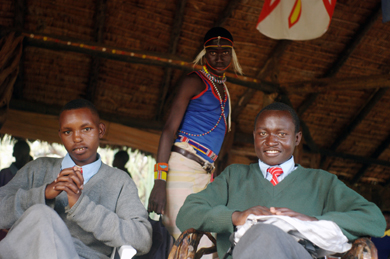