The project aims to support the conservation of a globally endangered species of bird of prey, the Saker Falcon (Falco cherrug), which is in line with one of Nando Peretti Foundation's basic goals as it is written among the Foundation's principles.
The targeted species was formerly distributed across the steppe zone of Eurasia, however the world population dropped alarmingly in the last decades and now the entire global population is 17.000 pairs at maximum, but more likely it does not reach 10.000 pairs. The bulk of the population lives in Asia.
The European population almost became extinct by the 1980s. Due to strong conservation efforts mainly in Hungary and partly in Slovakia, the population was stabilized and it is slowly increasing now. Recently, there are about 350 pairs in Central-Europe (most of them in Hungary, Slovakia, Serbia and a few pairs in Austria, the Czech Republic, Romania and Croatia). There is a separated population in Ukraine with about 300 pairs. Despite the conservation efforts, there are still a lot of negative impacts on the falcons: habitat loss, electrocution, wind farms, poisoning, shooting and illegal trapping that are not easy to handle. Another serious problem is that those problems are known and treated only in the breeding range, but there are no conservation actions taken on the migration routes and in the wintering areas.
Ringing and satellite-tracking of Sakers proved us that most of the migrating juvenile Sakers fledged in Central-Europe spend the winter in Italy (the species does not breed in Italy though). Italy is an important wintering site for the Central-European Saker Falcons, however most of those sites lack any conservation measures and every year the Central-European Saker population loses a good number of birds in Italy due to yet unknown reasons. A few wintering Sakers stay around Rome, however the majority of the birds choose Sicily for winter. However, this latter site is apparently very dangerous for Sakers: satellite-tracking has shown that more than the half of the juvenile Sakers wintering in Sicily never returns in spring - they perish for unknown reasons. Satellite-tagged birds were tracked to Sicily until their transmitter stopped signaling, but unfortunately none of the dead birds were find later by the local Italian colleagues, who went to the field to search them.
Obviously, this loss has a measurable negative impact on the breeding population as well. We suppose that hunting, electrocution and wind farms may be the main mortality factors, however we do not have any background information supporting our theory, thus we cannot create an action plan and to take the necessary steps, working together with our Italian colleagues.
Now that the population in Central-Europe appears to be stable although still vulnerable, and threats and main mortality factors have been - better or worse, but yet - addressed in the breeding range in the last decades, we do think that the new challenge is to protect our birds far away from the breeding ground. At the moment it is the most important thing that we can do to increase the survival rate of birds, and ensure the future growth of that small Central-European population.

The project, which received a grant from the Nando Peretti Foundation, is a joint effort of birds of prey experts of MME/BirdLife Hungary and the University of Palermo to survey the wintering sites of endangered Saker Falcons in Sicily including habitats and major mortality factors (threats) on them (e.g. hunting, poisoning, presence/plans of wind farms, trapping, etc.), to evaluate the habitats of Sicily to map potential, but yet unknown wintering sites, to prepare a conservation plan for Sicily and to raise the awareness on the winter presence of Saker Falcons among stakeholders thus to enhance conservation efforts on the major wintering area of Central European population of the species.

Major activities of the project are: (1) field survey; (2) modelling habitat use in Sicily; (3) preparing conservation plan for the wintering sites; (3) raising awareness of key stakeholders.

1. Field survey - During the winter period, September 2012 - April 2013, a field survey will be carried out on the known Saker wintering sites in Sicily. The sites are known by the satellite-tracked Sakers that were followed 2007-2011 in the frame of the Central-European Saker conservation projects (www.sakerlife.mme.hu). The tags showed the movements of the birds with GPS accuracy, well defining the sites to be searched. (Nevertheless, their bodies have not been found after their disappearance, making it even more important to carry out a throughout field survey.) Also potential sites shown by the GIS model (see point 2.) will be searched. An initial field survey will be carried out in winter on some of the sites by the Hungarian Saker expert along with an expert and a volunteer student of the University of Palermo. This latter then will take over the survey and visits the sites in question several times during winter. The information to be collected for further evaluation for the conservation plan: presence of Sakers; presence of other raptors; habitat types; presence of prey species; agricultural practices; hunting activities on the site; poisoning; presence of wind farms; presence and type of power lines. Information are to be collected through field observation and requesting locals. The survey will be carried out by using vehicles as it fits best this kind of field actions. Spatial development plans in regions of question will be analysed as well to identify potential threats to the wintering areas.

2. Modelling habitat use - Even though the satellite-tagged Sakers have shown some wintering areas, it is very likely that there are many more sites that should be known and protected for Sakers. However, it takes a lot of efforts, money and time to map those areas systematically in Sicily. In order to save time, money and energy, a GIS model will be made based on the initially gathered information on the known wintering sites, which will show the areas we should focus on. The basic principle of the GIS model is very simple: it analyses the features of known wintering sites and search for similar sites in Sicily. Results of the model will used in the field surveys (see point 1). The model will be programmed by an external expert in the first half of the project.

4. Raising the awareness of decision-makers, key-stakeholders and general public - As a first step towards ensuring conservation of wintering Sakers and their sites, awareness raising is indispensable. The last action aims to draw the attention of key-stakeholders to the importance of nature conservation including birds of prey and their habitats. Target groups are land owners, farmers, hunters, bird watchers, conservation NGOs and governmental organisations, students and possibly politicians. Incidental and agreed meetings with stakeholders in the field will be used to explain about the programme and leaflet, as well as nice posters will be given to them. In addition, one seminar will be organised on a key site/region (to be identified during the project) for key-stakeholders. Lecture will be given about the project also at University of Palermo. Local experts will use Italian (local and regional) media to disseminate information about the programme and the Hungarian expert travelling to Sicily will also give presentation in the end of the project. In addition, a project website will be set up in Hungarian, Italian and English to provide online information about the conservation project. The conservation action plan will be sent to all relevant authorities and decision-makers. Possibly, a small exhibition will be set up in the Italian Institute in Budapest, Hungary, to present the Hungarian-Italian co-operation in nature conservation.

- The most important outcome of the project is the conservation plan that defines accurately the sites and conservation actions needed to ensure the appropriate protection of Sakers and their Sicilian wintering sites. The conservation plan is to be sent to all relevant stakeholders.
- As a result of the conservation plan and awareness raising actions, stakeholder dialogue starts in order to eliminate/minimise threats on wintering Saker Falcons in Sicily.
- As a multiplier effect, not only Saker Falcons, but also other species (not only birds of prey) will receive more attention and more protection due to the results of the project. An important species from this aspect is the European subspecies of Lanner Falcon (Falco biarmicus feldeggi) that has the largest population (60% of the total European population) in Sicily and their distribution range coincide with the Sakers' wintering range. While the global population of Lanner (other subspecies) is of least concern, the European subspecies' population is strongly endangered with only a few hundred pairs in all Europe and it is on Annex I of Bird Directive of the European Union. As a side effect those site will be better conserved that helps also to Lanners.
- Students participating in the project can write their thesis about the project and use their new knowledge in field techniques and GIS modelling later in other project for the benefit of nature.
- The Italian-Hungarian co-operation can be extended in the future to other topics for the benefit of the participants and the nature.MME/Birdlife Hungary was established in 1974 as a non-governmental nature conservation organisation. Its mission is to conserve bird species and habitats for future generations by using various tools from general (e.g. insulation of pylons of mid-voltage power lines, rescuing injured birds, fighting against poisoning) and species specific conservation projects (e.g. Saker Falcon, Red-footed Falcon or Imperial Eagle projects) through shaping relevant governmental policies (e.g. elaborating and proposing bird-friendly agri-environmental governmental support schemes for farmers) to involving society (general public) in everyday conservation activities (e.g. bird feeding in winter, or creating bird-friendly gardens) and to raise public awareness about nature conservation issues. The objectives of the organisation are carrying out conservation related studies; implementing practical conservation projects and activities (activities on the conservation of birds of prey are especially emphasized); lobbying at decision-makers on national and international level to make legislations more nature-friendly; running the Hungarian Bird Ringing Centre and the Monitoring Centre; raising public awareness through various activities and reaching general public in active (e.g. organising events) and passive (e.g. media work) ways.

The organisation has been involved many national and international projects in and outside Europe thus it has a broad experience not only in conservation work but also in project management both financially and administratively. While the focus of practical (field) conservation activities is in Central Europe, MME/Birdlife Hungary has already contributed to many international projects by providing expert assistance based on its long experience. Activities of MME/Birdlife Hungary cover a range of species and habitats. The most important ones are: species of birds of prey (especially the steppe species like Saker Falcon, Red-footed Falcon, Imperial Eagle), White Stork (flagship species); and common small bird species. As for habitats, special attention is given to natural and semi-natural grassland areas (steppes), however riparian habitats and agricultural land also receive distinguished attention. 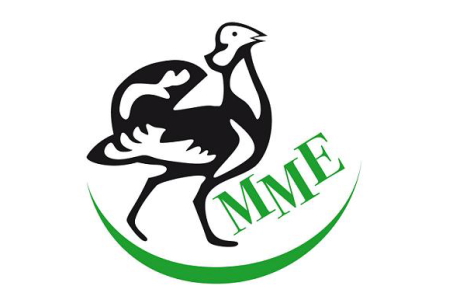 think global, act local
ABOUT US| CONTACT US| LOGIN| PRIVACY| LOGOS
you are here: Home  > Projects:  Environmental conservation or Europe  (or Both)  > 2012-008  > Project Description