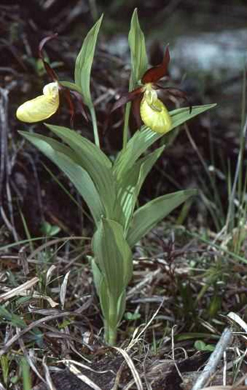 Please click on the links below to view the final results on the surveys in Italy:

Survey in the Parco Nazionale d’Abruzzo

In mid June 2001 Prof. Rossi went to Russia to sample the large populations near St. Petersburg with the help of the most famous Russian orchidologist, i.e. Leonid Averyanov. 40 samples were collected, 20 of which in clearings and at the edges of a primary forest of Spruce (Abies alba) and Scotch Pine (Pinus silvestris) near Yelizavetino, the other 20 near Pudest, in mixed secondary forest with Picea abies, Poptilits tremula, Betula spp., Salix spp., Frangula alnus, Juniperus communis, etc. In order to minimize the damage to the orchids, from each of the 40 plants the apical portion of one of its stems only was collected. Some 30 isozymes were tested, a quite high number in this type of studies. Results have shown that the genetic variability in the studied Russian populations is only slightly higher than that of the Alpine populations previously analysed and it is lower than the average observed in other European orchids. 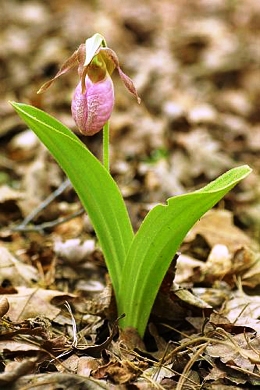 On the basis of all the data obtained in this study conservation measures have been agreed with those responsible for the two small, endangered populations of Lady's Slipper Orchid which survive in central Italy. As to the population of the Abruzzo National Park, which still shows some variability, it has been decided to proceed with manual pollination in order to obviate the very low capsule production, which is thought to be due to the scattering of the orchid plants in that area. In the Majella National Park, instead, because of the very high genetic erosion which was found in its population, it was decided to artificially pollinate a few orchid flowers using pollen from plants of the nearby Abruzzo National Park (restocking). This measures will be carried out during the next flowering season. For both populations it has also been decided to do some clearing around the Lady's Slipper plants eliminating young shoots and horizontal branches of beech trees, to give the orchids more light and space. In the Majella National Park this operation has already been carried out by park rangers with my assistance.
The results of this study were presented at the 'First International Orchid Conservation Congress" (Perth, Australia, 24 28 September 2001) where they raised much interest. In this Congress it was agreed that a preliminary study on the genetic structure of populations should preceed any conservation measure in order to avoid the errors which have been made in the past.
During the lecture at the Perth Congress it was pointed out that the study was completed thanks to the financial support of the Peretti Foundation. Acknowledgements to the Foundation will also appear in the scientific paper to be published.

It is often difficult to ascertain if the low genetic variation found in endangered populations is the outcome or the cause of their size reduction. However, genetically depauperate populations appear on average to be more endangered than others: they often show reduced fertility, are more affected by parasites and pathogens, are less competitive than variable populations having similar ecological requirements, etc. For conservation purposes, it is important to monitor genetic variation of threatened populations and species and to restore variation when depauperate. 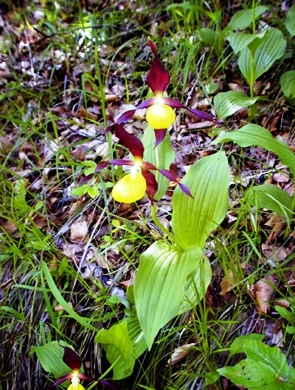 In this study, genetic variation in Italian populations of the threatened Lady's Slipper Orchid, Cypripedium calceolus, the Bog Orchid, Orchis palustris, and the Early Marsh Orchid, Dactylorhiza incarnata, has been evaluated at 15 30 enzyme loci. The observed values have been compared with those found in populations of common, phylogenetically close species. C. calceolus populations from the Alps show an average H, = 0.09. This value strongly decreases in the central Apennines, reaching H, = 0.03 in the Maiella Mountain. The related C. parviflorum from Canada shows H,= 0. 16. Low values were observed in all Italian populations tested of 0. palustris (H, = 0.02 0.04), whereas in related Orchis species ffi reaches 0. 17. In D. incarnata, it was found to be monomorphic for all the loci studied (H, = 0) throughout Italy. In the related D. fuclisii, H, ranges from 0. 11 to 0. 17. In order to restore genetic variability in the Apennine race of C. calceolus, transplantation experiments of samples from the Alps could be carried out, the two populations being not significantly differentiated from each other at genetic level. This should be done in connection with habitat restoration rneasures, uncontrolled beech wood expansion having relictual favourable sites. In 0. palustris, the differential loss of alleles found in populations respectively from northern and southern Apennines would suggest transplantation experiments to restore polymorphism. Also in this case, however, the protection of its natural habitat (marshy grassland) is a priority.

To restore genetic variation of D. incarnate is more problematic; so far, one population from Ireland has shown some degree of genetic polymorphism; moreover, this species is often out competed by its hybrid derivatives, the allotetraploid marsh orchids D. inajalis s1, D. elata s. L, etc.

think global, act local
ABOUT US| CONTACT US| LOGIN| PRIVACY| LOGOS
you are here: Home  > Projects:  Environmental conservation or Europe  (or Both)  > 2000-03  > Project Results
Project links: