This project by Istituto Superiore di Sanità aims at determining molecular changes in both genomic integrity and activation of specific DNA damage signaling cascades associated with loss of either WRN or MUS81 function upon oncogene-induced DNA replication stress. WRN and MUS81 are two proteins which have been found epigenetically silenced in subsets of human cancers, and in addition a MUS81 SNPs has been associated with high risk of breast cancer.
Every year 3.2 Million Europeans are diagnosed with cancer, which is also the second most common cause of death in Europe (29% of deaths for men, 23% for women). Comparable data are obtained looking at the Italian population. However, cancer incidence is a figure that is expected to rise due to the aging European population. In fact, it has been predicted that 1 in 3 men and 1 in 4 women will be directly affected by cancer during the first 75 years of their lives. Although significant advances are being made in the fight against the disease, cancer remains a key public health concern and substantial effort is made to identify cancer at the earlier stages and to generate targeted therapeutic approaches. To this end, it is of foremost importance investigation of the molecular events underlying cancer development, in order to assess cancer predisposition, and identification of cancer-specific pathways that may be essential for tumor survival, in order to have drugs that kill selectively cancer cells.
One of the features of almost all human cancers is the intrinsic genomic instability, that is proneness to accumulate chromosomal rearrangements that lead to loss-of-heterozygosis in oncosuppressor genes and acquisition of other hallmarks of cancer. The most attractive hypothesis recently put forth to explain genomic instability of cancer is the chronic condition of perturbed DNA replication that arises in precancerous cells after oncogene activation. Accordingly to this hypothesis, pathways controlling replication stress are considered anti-tumor barriers and the Achilles' heel of cancer, at the same time. ISS has recently initiated to characterized two different pathways that contributes to reduce cell death and accumulation of DNA damage upon oncogene activation and provided hints about their potential use as druggable targets.
The two pathways characterized, rely on the function of a RecQ-class DNA helicase named WRN, which is found mutated in a cancer-prone human genetic disease called Werner syndrome or adult progeria, and the MUS81 DNA endonuclease.
Data will be collected using both state-of-the art techniques that allow analysis of replication dynamics and rearrangements at the level of single DNA fibers and through proteomics approaches. Furthermore, ISS plans to perform in vivo experiment son mouse xenograft models to formally give proofs of the feasibility of concomitant WRN and MUS81 inhibition as anti-tumor approach.
ISS hypothesises that identification of specific molecular changes associated with loss of WRN or MUS81 function will be important tools to stratify cancers on the basis of the replication stress pathway used. Indeed, the simple observation that WRN or MUS81 is expressed, alone, is not sufficient to speak about the functionality of the pathway.
Such novel biomarkers could be used to channel tumor patients to more effective therapies and also to develop cancer-specific therapeutic targets. Indeed, data show that concomitant loss of WRN and MUS81 pathways kills precancerous cells. Thus, MUS81 inhibition in a WRN-pathway-deficient tumor is expected to be lethal and vice-versa.
To reach its aim, ISS will take advantage from its long-standing interest in the pathways activated by perturbed replication and replication stress under normal and pathological conditions.

This project received a grant from the Nando Peretti Foundation. The research team foresees to identify the mechanism dealing with the replication stress induced by oncogene expression in cell models of human precancerous lesions and more advanced stages of cancer development. Results, in the mid-term, may provide molecular biomarkers for sub-grouping cancers in terms of replication recovery pathway usage, allowing a better clinical management of patients in term of therapy selection.
For instance, if patient A shows pathway B inactivation and such inactivation hypersensitizes cells to drug C but confers resistance to drug D, then the better therapy is drug C. In the long-term our results have the potential to drive generation of cancer-specific drugs or therapies.
Furthermore, the team foresees that development of DNA combing techniques, which is currently the state-of-the art technology for the analysis of DNA replication dynamics, will allow to set up protocols for the detection of subtle and local chromosomal rearrangements. Such protocols could be very effective in the identification of new translocation in many type of solid and hematological tumors, for instance.
With the support of Nando-Peretti foundation the research team also plans to implement the first Italian service of DNA combing that may be useful to other investigators in field and that can also support clinical geneticists interested in the identification of subtle chromosome rearrangements predisposing to genetic disease and cancer. 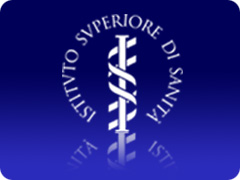