The Wildlife Justice Commission is in possession of extensive intelligence identifying several organizations involved in the trafficking of CITES I and II listed birds, primates, reptiles and amphibians across four continents. Most of these animals are still alive. The Wildlife Justice Commission will commence an operation in March 2016 focusing on Asia and targeting several major individuals linked with these criminal organizations.

This project received a grant from the Nando and Elsa Peretti Foundation. The goal of the project is the exposure, disruption, and ultimate dismantling of key transnational wildlife crime networks active in poaching and trafficking of endangered species and illegal wildlife products from Asia to among other Europe and the United States. Due to the confidential nature of Wildlife Justice Commission's work and in order to saveguard its researchers in the field the Wildlife Justice Commission can not, at his stage, be more detailed about the aspects of the project. Project timelines The project is expected to start in March 2016 and will last around one year. The duration largely depends upon the results obtained from the research and investigations. The Else and Nando Peretti Foundation is deeply committed to environmental issues and wildlife conservation. The Wildlife Justice Commission is honored and proud to have such a committed and highly respected partner to support this project. 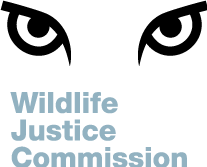 think global, act local
ABOUT US| CONTACT US| LOGIN| PRIVACY| LOGOS
you are here: Home  > Projects:  Environmental conservation or Various Continents  (or Both)  > 2016-008  > Project Description