Setting Up of Residential Areas for Children

Setting up of residential areas for children

Following the death of its founder, Don Salvatore, the Legionaries of Christ were entrusted the management of the Villaggio dei Ragazzi Foundation, Italy's "Boys Town" located in the city of Maddaloni.  Don Salvatore, who began the Foundation in 1947, had expressly desired this step as a way to give continuity to his worthy institution.  After several months of analysis and technical assessments, the Legionaries of Christ officially began overseeing it on April 4, 2001.  April 4th of this year marked the fourth anniversary of this event and the conclusion of the Congregation's first governing cycle in the Villagio.

(below) the main entrance to the facility. 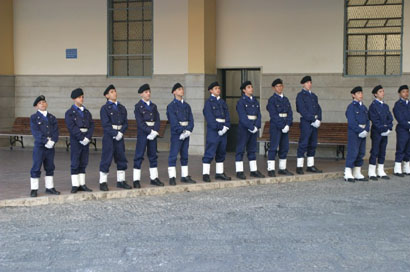 (above) members of the technical school for Aeronautics

Since then, it has been an island of hope for underprivileged children in the Naples area. The Foundation Villaggio dei Ragazzi currently offers the following educational opportunities for over 1200 students.

500 of the 1200 students receive financial assistance in the form of a substantial tuition reduction. 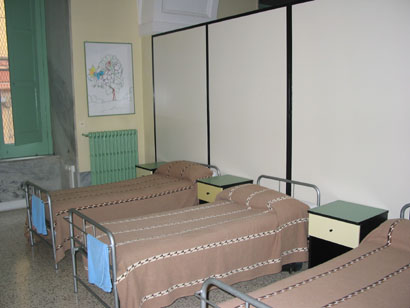 (above) approximately 200 students live in on-campus dormitories. This picture refers to rooms in which the students lived before the start of the project. 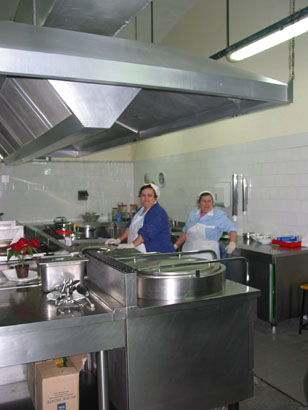 Until 2005, the students of Villaggio dei Ragazzi slept in dormitories divided into bakelite armed steel structures, about three meters high, not reaching ceiling height, thus creating smaller areas inside the dormitory, and leaving a passageway. Each area hosted from four  to six children. Despite its improvements, compared to old open spaces, the dormitory provided insufficient privacy and did not meet  the required legal housing safety measures.

The Nando Peretti Foundation participated to the renovation these residential areas for children, turning the old dormitories into a series of flats, each one consisting of three bedrooms and a living room (to study, watch tv, etc). Each flat is supervised by a tutor, responsible for eight children entrusted to his care. The aim was to make a partition of the large dormitories with normal walls, at the same time reducing the volume and surface in each area, in order to host from one to three beds per room. A lobby was designed to separate one flat from the other. The tutor is in charge of controlling that everything goes well.  Bathrooms are situated at the dormitory head. This renovation covered an entire floor  (the second floor) of our main building, which is used as a college.

exterior view of the facility.

think global, act local
ABOUT US| CONTACT US| LOGIN| PRIVACY| LOGOS
you are here: Home  > Projects:  Construction or Europe  (or Both)  > 2003-08  > Project Description