This project, which received a grant from the Nando and Elsa Peretti Foundation, aims to improve health assistance for international protection holders and asylum seekers and to facilitate their access to the National Health System. The direct beneficiaries of the project are the 1,200 inhabitants of Selam Palace - an occupied building in the outskirts of Rome, inhabited by political refugees - as well as the foreign nationals who attend the Association President’s surgery, most of whom are entitled to humanitarian protection.
According to the project, started in November 2017, volunteers and the project staff are implementing the following activities:


From the beginning of the project the number of accesses to the sanitary help desk has been 269, of which almost the 50% attends the association president’s surgery. Among the beneficiaries of the sanitary desk, the most common nationalities are the Eritrean and Somalian ones, almost all users are beneficiaries of international protection and the majority owns the refugee status. It is very interesting that more than half of the help desk users are in Italy from more than 5 years, which is the evidence of an insufficient integration and of a lack of knowledge about the access of the National Health System.

The most frequent conditions observed during the sanitary desk are the following:

To avoid an excess of dependency, the project staff and the volunteers decide which cases can be accompanied to the public structures, and these cases are selected considering the gravity of the situation and the vulnerability of the beneficiary. For this reason, since the beginning of this project, 6% of the beneficiaries needed the presence of a volunteer, especially for the procedures related to the virtual address, required for the access to the National Health System for the inhabitants of the occupied buildings.

Thanks to the coordinators and to the expert volunteers, both medical doctors and social workers, 7 new volunteers have been trained on specific issues related to immigration and to the most frequent pathologies spread among them, which has increased the quality of the work. Volunteers are able to give all the basic information regarding access to public services, create informative material and they are able to accompany people to the public structures.

The methodology used for collecting data gives the Association the possibility to communicate the facts observed, in particular through a report of the activities held in Selam Palace. 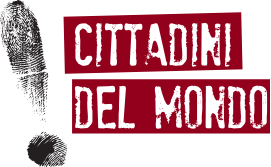