The Amazonian Rainforests are on Fire! 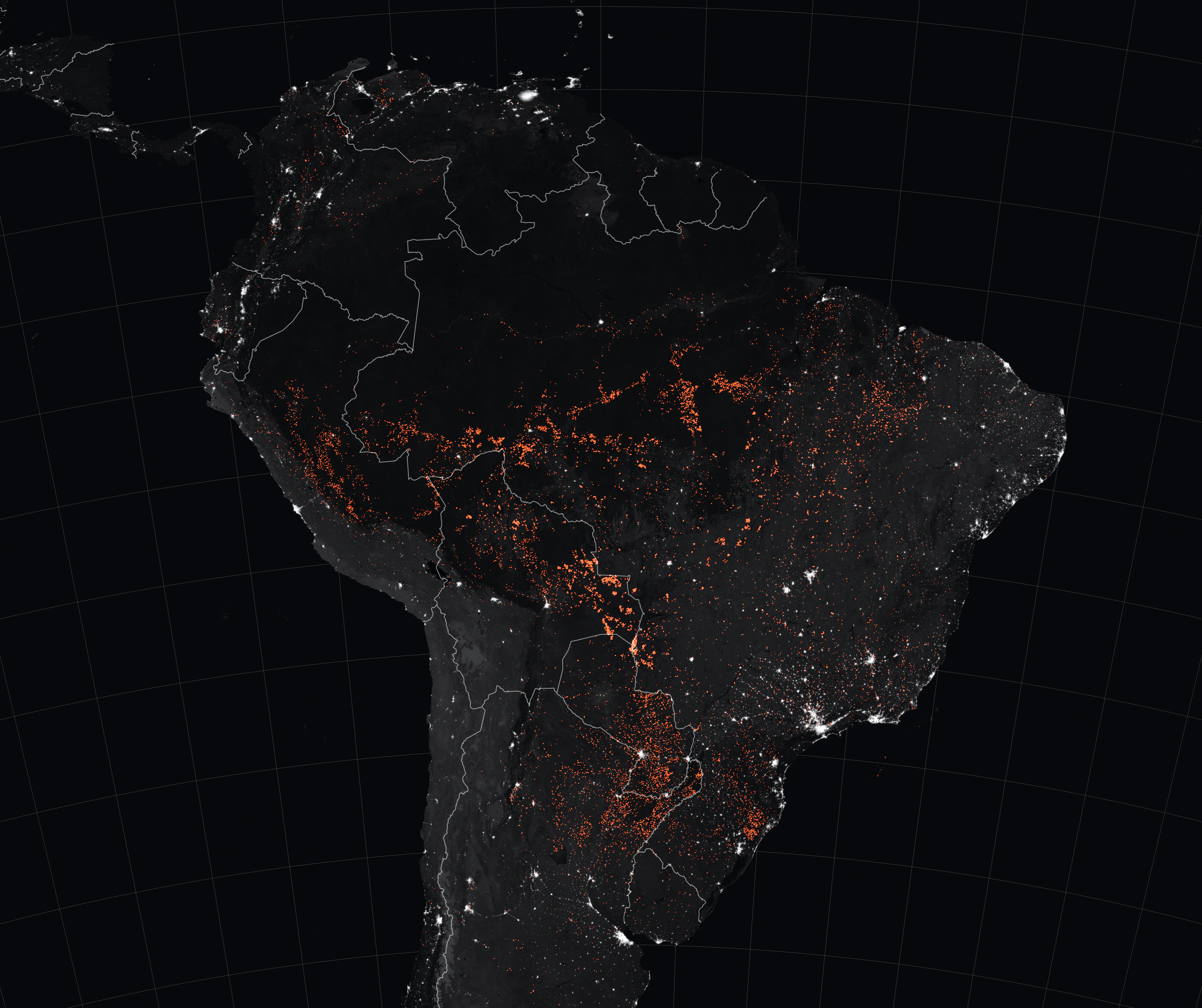 photo above: Locations of fires, marked in orange, which were detected by MODIS from August 15 to August 22, 2019

The Nando and Elsa Peretti Foundation informs potential applicants that it will not accept new project proposals until December 2020.

This suspension is due to the decision taken by the President and the Board to commit the Foundation's resources to the environmental emergency of Amazonia as a priority, approving a three-year project that will be implemented by the No Peace Without Justice association in collaboration with several pan-Amazonia partners.

The innovative new project by No Peace Without Justice (NPWJ) brings years of experience seeking justice for victims of war crimes, crimes against humanity and genocide to a new client: the Amazon. The goals of the project are significant and a potential game-changer: they seek to address climate change and degradation of the Amazon through the lens of fighting impunity. The damage to the Amazon is not being done by accident: it is the result of deliberate choices that the benefits to those doing the damage outweigh the costs. This project seeks to reverse that calculation by realigning the scales, by holding violators to account for their actions. NPWJ will canvass and activate different accountability options ranging from criminal justice, through civil justice involving fines, reparations, and embarrassment at the national, regional and international levels. NPWJ will seek to change the perspectives decision-makers around the world, to encourage them to say enough: this must stop and responsibility must be placed in the laps of those who would seek power and riches at the cost of the Amazon and its people.

While the road to justice is often long, actions must start now and must start locally, to fight the deforestation, land-grabbing and violation of the rights of its original inhabitants that are contributing to its destruction. The project will also invest in supporting local actions to give effect to the recommendations of the “Amazon Beyond the Crisis” meeting held in New York on 21 September 2019, to empower local communities to act in defense of their own homes, their environment and ultimately the world as a whole [download the report of the meeting pdf 30 MB ].

This project is of strategic importance to the Foundation.

We are convinced that this is an effective way to concretely contribute to countering serious violations of human rights and the destruction of the natural resources of our planet.

We invite you to follow the developments of this new, important commitment and we thank you for your support.

think global, act local
ABOUT US| CONTACT US| LOGIN| PRIVACY| LOGOS
you are here: Home  > Spotlights > The Amazonian Rainforests are on Fire!
Project links: