Rothmund-Thomson Syndrome: in Search of a New Gene

The combined strategy of autozygosity mapping, array capture of the candidate interval and Next Generation DNA sequencing enabled to identify the causative mutation in a family affected with Clericuzio-type poikiloderma with neutropenia (PN). The mutation falls within the predicted gene of unknown function C16orf57. 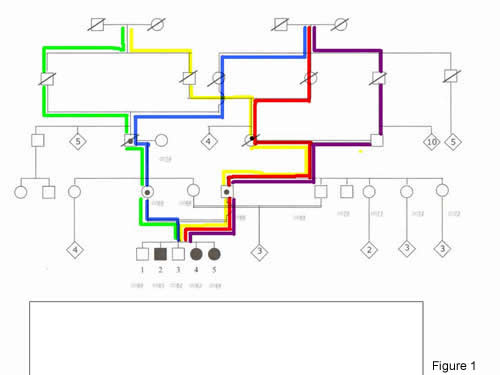 The three siblings of a five-generation inbred Italian family (Figure 1) were initially misdiagnosed with Rothmund-Thomson (RTS [MIM #268400]), a progeria-like syndrome showing phenotypic overlap with Clericuzio-type poikiloderma with neutropenia (PN [MIM %604173]). Both syndromes are rare autosomal-recessive genodermatosis characterised by poikiloderma and short stature, but differential diagnosis is based on radial defects and alopecia (RTS patients), vs pachyonychia and severe chronic neutropenia (PN patients Figure 2). 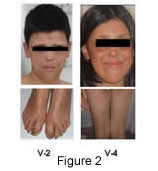 As the pedigree suggested an autosomal recessive transmission model, we genotyped the affected members as well as all the living subjects of the family. Linkage analysis pointed to a 3.4Mb region on chromosome 16q (Table 1) This was the largest genomic interval inherited identically by descent (IBD) according to an autosomal recessive model. The three affected family members inherited two copies of the same region. Parents were carriers as well as grandparents, uncles and unaffected brothers were either carrier or not carrier, but none of them shared with the affected the same two copies of this region. 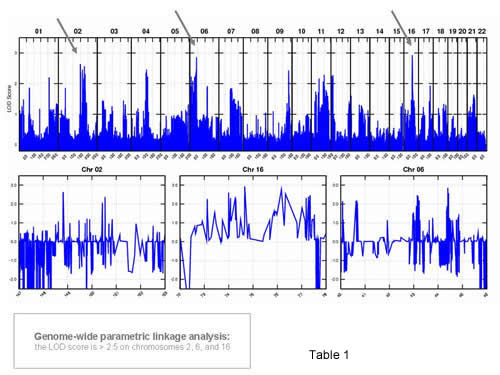 This genomic region hosts at least 80 genes, and none was a suitable candidate gene for PN. The standard process of sequencing candidate genes seemed an extremely costly and time consuming procedure. We decided to bypass this step using the new technology of targeted next generation DNA sequencing.
DNA was extracted from one affected patient, and the 3.4Mb target region was enriched in vitro using a chip (Agilent) trapping only the sequences that hybridized against the region of interest. We omitted from the target DNA region all the highly repeated sequences reducing the region to be sequenced to 1.7Mb. Following all the enrichment steps the targeted DNA was re-sequenced using an Illumina platform. 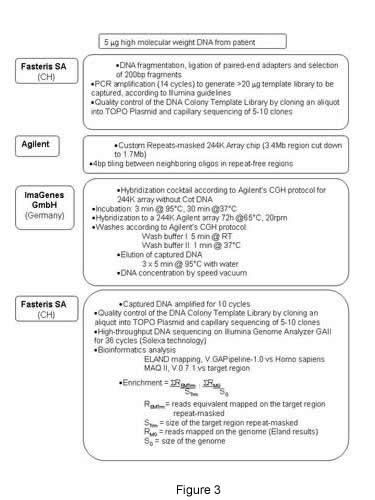 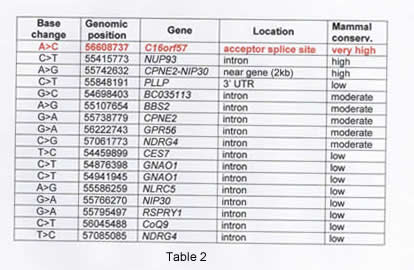 Out of the >1000 homozygous mismatches to the human reference sequence, only 17 were both previously unreported SNPs and mapped close to or within genes. We ranked the substitution according to their evolutionary conservation (Table 2). One of these 17 substitutions alters a splice acceptor sequence for the C16orf57 gene and results in out-of-frame exon skipping in the patient's RNA (Figs. 4, 5).
We validated the role of C16orf57 gene as a second unrelated patient with PN, who was shown to be a compound heterozygote for C16orf57 mutations (Figs. 4, 5). 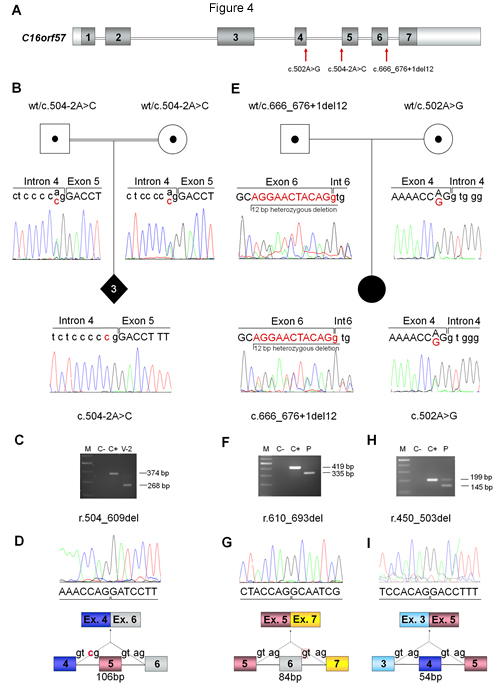 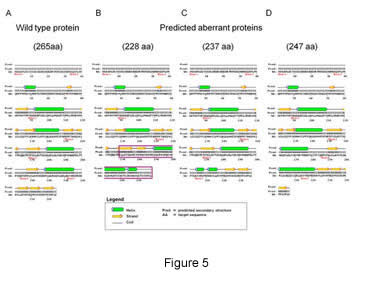 Figure 5 (above) Graphical view of predicted domain structure of C16orf57protein The green cylinders represent α helices, the yellow arrows β sheets and the thin black lines putative coils. The protein segments encoded by the seven C16orf57 exons are indicated by red dashed lines. (A) Wild type C16orf57 protein (NP_078874)..(B) C16orf57 protein sequence, predicted by mutation c.504-2A>C present in the homozygous condition in the affected sibs of the inbred family. Upon skipping of exon 5 and frameshift, a truncated protein lacking 61 residues (boxed in purple) results (C). (D) Altered proteins predicted by in frame loss of exon 4 and exon 6 encoded domains due to missense c.502A>G and c.666_676+1del12 mutations of the PN compound heterozygous patient.

think global, act local
ABOUT US| CONTACT US| LOGIN| PRIVACY| LOGOS
you are here: Home  > Projects:  Medical research or Europe  (or Both)  > 2007-14  > Final Report
Project links: