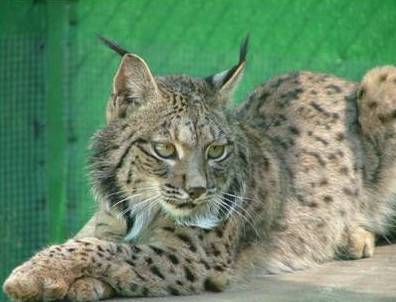 Since 2003, the Nando Peretti Foundation has been supporting Fauna & Flora International (FFI) with its work in Portugal to conserve the surviving populations of Iberian lynx (Lynx pardinus) through the building of local partnerships for land management. Portugal is considered crucial to the long-term recovery of the lynx as there are still large areas of primary lynx habitat in the south of the country. FFI is implementing a strategy for the conservation of the Iberian lynx in both Portugal and Spain through the identification and long term securing of a cross-border corridor of cork oak forest and maquis under favourable conservation management. In addition to protecting areas of habitat of recognised global importance, the corridor will allow for the natural expansion and reconnection of currently isolated lynx populations. 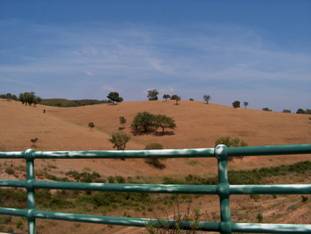 The Iberian lynx is a highly charismatic predator that once roamed the length and breadth of the Iberian peninsular. Once considered ‘common', the rate of decline in the Iberian lynx population during the last 50 years has been dramatic, and during the last decade catastrophic. The most recent reports indicate that there are less than 100 individuals now surviving in the wild. The Iberian lynx is acknowledged as the most endangered cat species in the world - and is the only species to be recognised as Critically Endangered by the World Conservation Union (IUCN). 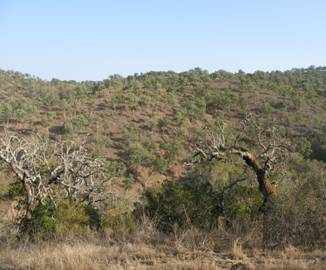 Following the project initiation and establishment phase, and with large forest fires in the region in 2004, the Nando Peretti Foundation project commenced in earnest at the start of 2005 and significant results have already been achieved across the programme. A strong partnership has been established between FFI and the Portuguese NGO Liga para a protecção da natureza (LPN). With the financial and technical support of FFI, a lynx project team has been established within this NGO and the lynx programme activities commenced. A total of 194,531 hectares of habitat have been surveyed across three different regions, the Serra Do Caldeirão, Moura Barrancos and Vale do Rio Chança.  Information on the status of the lynx, of the rabbit populations (on which the lynx almost exclusively feed), and the general habitat characteristics within these regions, were collated to identify the priority areas for lynx. 100,000 hectares of potential habitat was surveyed in the Serra Do Caldeirão with 43, 309 hectares surveyed in the Moura Barrancos and a further 51,042 hectares within the Vale do Rio Chança.  This report concentrates on the results relevant to the Nando Peretti project  area, the Serra Do Caldeirão. 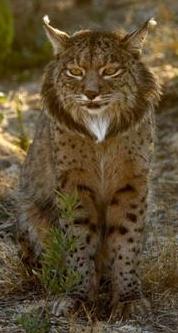 100,000 hectares of the Serra Do Caldeirão were surveyed. This area includes the Caldeirão Natura 2000 site and a 2.5 km buffer zone around this site to take into account areas of historical lynx presence.  The overall habitat cover and quality was digitally mapped and the owners of the areas of prime habitat were identified. Caldeirão Natura 2000 site has a total area of approximately 47,000 hectares.  Approximately 45% of this is covered with cork oak forests, 3.5% with holm oak, 16.9% Mediterranean maquis and 14.5% is scrubland.

Transects were completed for rabbits using latrine counts as an index of relative abundance. The results indicate a number of small but fragmented rabbit populations, the best of which coincide with good habitat in the east of the region.

This total area of habitat has great potential for lynx, the prime requirement now being to maintain the habitat in good condition and to re-establish rabbits across the region. The 2004 summer fires affected 42% of the Caldeirão Natura 2000 site, including some of the best areas of scrubland and maquis.  Although some burned areas are regenerating very quickly, the removal of scrub, which is otherwise known as ‘cleaning' for fire control, is stopping natural succession. As a result, areas of well established maquis now cover only approximately 10% of the area. 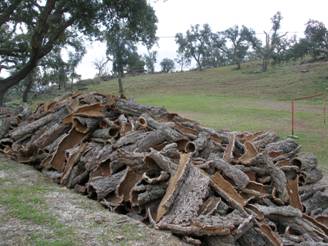 Cleaning is not an effective method of fire control: it is an ineffective barrier against fire as it only reduces scrub cover in small patches; cleaned areas also experience significantly increased soil erosion and reduced water infiltration and reduce the area available to species related with maquis habitat, which take many years to develop. If cleaning continues at its current rate, it is anticipated that all of the remaining areas of maquis will be lost from the Serra Do Caldeirão.  As such, where necessary, the project is promoting alternative methods of fire control that are not only effective for fire management but also contributes to the development of a habitat structure that favours rabbits (and hence Iberian lynx).

Within the Serra Do Caldeirão, lynx conservation is being furthered through the development of a series of agreements between LPN and landowners to cooperate on land management issues. The concept of land management agreements for conservation is entirely new to Portugal. As such, the team had to develop each aspect of the agreement negotiation process in-accordance with their local situation.  This included raising awareness and educating landowners about the purposes and value of such agreements, defining the legal aspects and how the agreements and associated management plans will look and function. For this reason the methodology of using agreements to secure land for conservation is considered as innovative in Portugal.

The survey identified three estates that contained priority habitat and these were approached initially to participate in the programme: 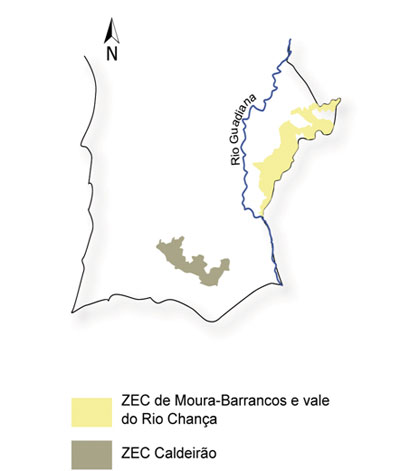 think global, act local
ABOUT US| CONTACT US| LOGIN| PRIVACY| LOGOS
you are here: Home  > Projects:  Environmental conservation or Europe  (or Both)  > 2003-25  > Final Report
Project_links: