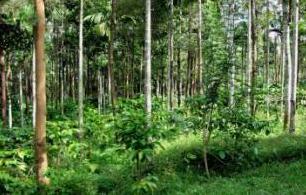 Figure 1 The alternative land at Sekkady
prior to house construction
While India has the greatest number of Asian elephants, most of their available habitat is becoming disturbed and fragmented due to increasing human activity. Much of it is connected by narrow forest patches, and in many cases elephants have to pass through agricultural land, tea gardens and human settlements. This has led to increased conflict between humans and elephants, including crop raiding, loss of human and elephant life, and damage to property. Protecting the corridors linking these fragmented areas of habitat offers one of the best long-term solutions for the future survival of Asian elephants, and is becoming a cornerstone of elephant family's programme. Through land purchase and the relocation of villagers, the Wildlife Trust of India secures and restores vital wildlife corridors linking protected areas together; they are then awarded protected status from the State Wildlife Department. Since the families frequently suffer from crop raiding and risk death, it is in their interests that they are relocated. They are also provided with strong incentives to do so, including the provision of good quality housing and agricultural land. The corridors then allow elephants to safely migrate, access food sources and establish crucial genetic links between herds. 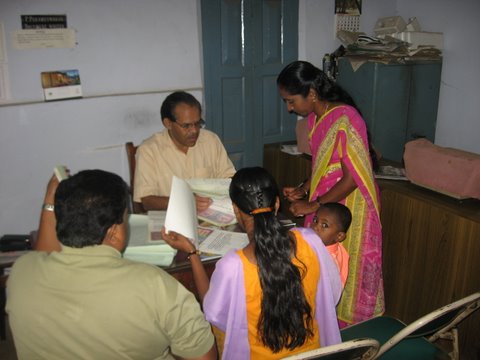 The Tirunelli-Kudrakote corridor is a 2,200-acre (6 x 1.5km) strip of land between the Begur and Tirunelli Forest Reserves, and beyond them the Wayanad Wildlife Sanctuary of Kerala and the Brahmagiri Wildlife Sanctuary of Karnataka respectively. This wider 12,000km2 landscape is a biodiversity hotspot containing the world's largest population of Asian elephants - and perhaps half the entire elephant population of India - at an estimated 6,000 - 6,500 elephants. The corridor therefore represents a critical lifeline for them and other wildlife. When the project began, the corridor area was inhabited by 54 families in five settlements, which were considered to be major impediments to the free movement of elephants and other wildlife, and presented a serious risk of conflict between elephants and people. Two of these settlements have been fully relocated: in the first settlement, Thirulakunnu, 9.16 acres of land has been secured. In the second, Valiya emmadi, 6.7 acres of land have been secured. 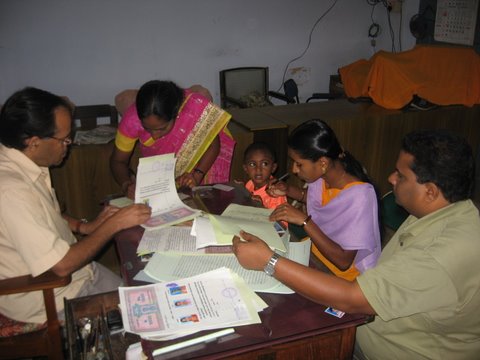 Figure 3 Mrs. Sujata, the landowner, signing the land transfer deed
in the name of the villagers
Thanks to the Nando Perreti Foundation, elephant family and the Wildlife Trust of India have been relocating the third settlement, Pullayankolly. Significant progress was made over the course of 2009 - as detailed below - and the second installment of the grant from the Nando Perreti Foundation will ensure that all the work is completed in 2010. In the meantime, work is already underway for relocating the fourth settlement at Kottapadi.

Preparation and Registration of an Alternative Settlement

The Pulayankolly settlement lies in the Begur Range of North Wayanad Forest Division and contains 26 families living in 15 houses. All the families are tribal - belonging to the Urali kurumbar community - and are mainly agricultural labourers by profession, working on the land of the predominantly non-tribal farmers in this area, which cultivate only perennial crops like coffee, pepper, coconut, arecanut, etc.

While acquisition of non-tribal land can normally be done by direct purchase, tribal families have traditional rights to the land they inhabit. They therefore often require more persuading to relocate, but eventually become willing to do so if provided with an alternative house and facilities in exchange for giving up their rights to their current residency. They are also highly dependant on forest produce or forestry-related work, and so moving the them away from the forest area altogether would be a cultural disaster. Therefore, the best option is to relocate these families to a settlement outside the corridor area, but where thay can still access forest land. 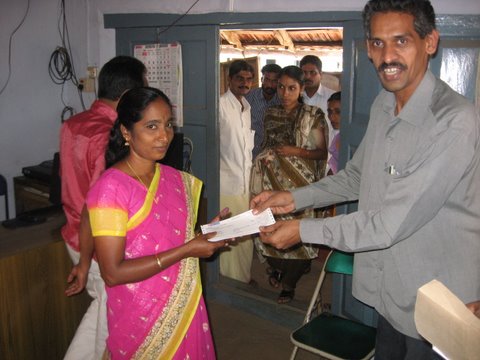 Figure 4    Mr Sathyan, General Manager of Finance for the Wildlife Trust of India handing over the Cheque to Mrs Sujata

Prior to beginning the process of relocating the villagers from Pulayankolly, an initial socio-economic survey was conducted there in July-September 2008. This showed that the number of families to be relocated had increased from the 11 identified during the project proposal stage to 26, as many of the original families had split through the marriage of their children. The total area owned by the villagers is about three acres, and following the survey the Wildlife Trust of India developed a relocation package under which fifteen families will each be provided a new house, 0.1 acres of dry land and 0.2 acres of wet (or agricultural) land. In addition, 0.15 acres was offered to eleven of the newlywed families, who otherwise agreed to stay with their parents, if the plan of the house incorporates one more room for them. In the future they may look to build a separate house for themselves in the land being provided, using housing support that the government provides to impoverished people - especially those from tribal communities - and the Wildlife Trust of India will help them secure this. This relocation package was accepted by the families, and an alternative site for them to move to, outside of the corridor zone, was located at Sekkady, near the existing village of Appapara.

Official Registration of the Alternative Site 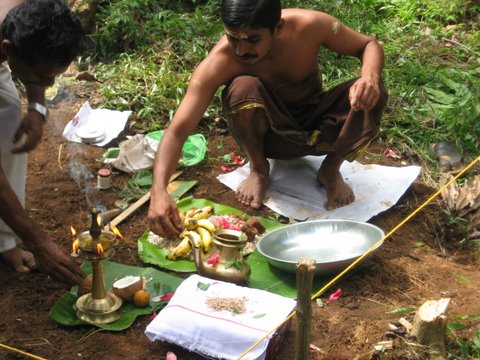 With the written consent of the villagers, the administrative procedures to acquire the land could get underway in early 2009, and the permissions to relocate the families could be sought. Permission to relocate the families outside the village was first sought from the District Commissioner; this is mandatory because the villagers are tribal. Securing this permission took much longer than originally anticipated, as the District Commissioner had to verify all the papers submitted - including government records - and to personally survey the land. This is all carried out to ensure that the rights of the tribal people are all respected and that the relocation process does not affect them negatively. Permission was finally obtained in mid October 2009, and the alternative land was then purchased at Sekkady and registered in the name of each family on October 28-30, 2009. The villagers' desire to stay as close to the forest as possible was respected and a total of 6.5 acres of land was purchased overall. 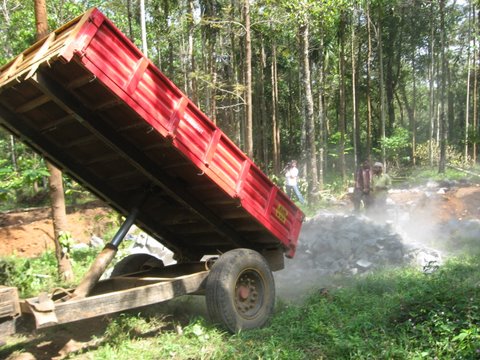 Figure 6    Construction materials being brought to the site

The land was officially registered at the Revenue Office in Mananthavady, and the people of Pulayankolly wore their traditional dress for the occasion, lending a festive atmosphere to the proceedings. Mr Rajendran, one of the villagers from Pulayankolly, thanked the Wildlife Trust of India for helping them move out of the corridor forest. He said that this will not only help the "Anna" (the local name for elephant), but will also save them from crop depredation, the constant threat to lives and property, and from sleepless nights trying to protect everything from wild animals, especially elephants. An elderly lady from the village also blessed the Wildlife Trust of India team present during registration for all the good work being done to help animals and people.

Construction of Houses at the Alternative Site

Once the registration of the land in the name of people was completed, construction of the 15 houses began on November 15, 2009. But first the local people performed a local ritual, Bhumi Puja, to offer their thanks to God and to pray that the new house being constructed brings good luck and prosperity to the family. This was performed by almost all the families on their land, and also involved the distribution of sweets between close friends and family members.

The construction of the houses at Sekkady is now well underway, and the Wildlife Trust of India has been making up for lost time. Each house has two bedrooms, a sitting room, a kitchen and a toilet. In the initial phase, the land is being levelled and construction materials brought to the site. All efforts are being made to keep the trees in the area standing so that the area retains its natural vegetation. Apart from the houses and other civic amenities being provided at the site, provision has also been made for a small community hall that will house a small library for the children.

The construction is set to continue into 2010, as will the installation of other civic amenities, such as drinking water, roads and probably an electric fence around the village to deter wildlife and prevent any conflict, as the new village is adjacent to forest. The Wildlife Trust of India expects to complete this work by April 2010.

On completion of this stretch of the corridor, the names of the Nando Peretti Foundation and of all who have contributed to the project's success will be commemorated by way of a monument in the corridor area, the preparations for which are already underway.

In the meantime, external to the grant from the Nando Perreti Foundation, discussions have also begun to arrange for the relocation of the fourth settlement, Kottapadi. Here there is now just a single house belonging to an elderly woman, while the remaining land belongs to a private person who does not stay there. The total extent of the area is 9.5 acres of dry land. The woman has agreed to move out of Kottapadi to an area outside the forest that is safe from human-wildlife conflict, provided she is provided 0.5 acres of dry land, a house and one lakh rupee (~ £ 1,500). The private landowner has also agreed to sell off the land. Therefore the registration process can begin in 2010, to be followed by all the other procedures as outlined above. Because the situation is far less complex, it is thought that the Wildlife Trust of India will complete this phase of the project, and much of the fifth, with ease in 2010, and get back on schedule. 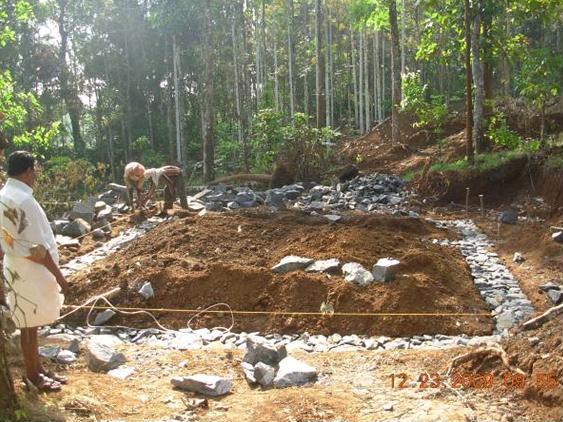